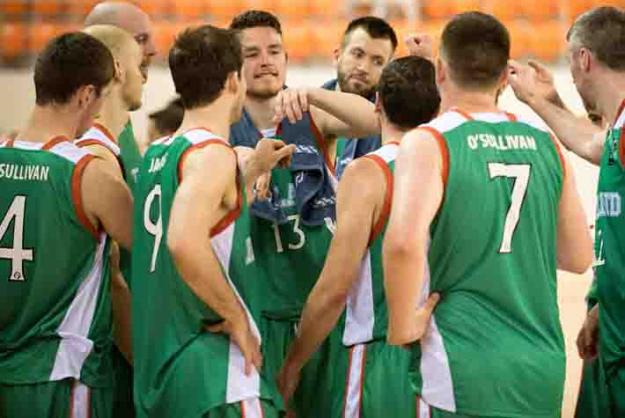 Wednesday June 29th, 2016
FIBA European Championship for Small Countries Men 2016
Group A: Ireland 91, Gibraltar 34
Chisinau, MDA
Irelandâs men qualified for the semi-finals of the FIBA European Championships for Small Countries with a 91-34 win over Malta in Chisinau.
Captain Kyle Hosford finished a game-high 19 points but felt it was a better performance all round: âWe improved as a team today so thatâs a real positive. If it was a tougher game, weâd be in a different situation but right now weâre just happy to be in a semi-final.â
Malta hung in there in the first quarter but ultimately couldnât cope with Irelandâs depth and size advantage. Five players finished with double-digit scores with Colin OâReilly completing another double-double and dominating the boards with Brian Fitzpatrick.
âWe wanted to set the tone at the start,â said OâReilly. âBut we were a bit tentative until the second quarter where you could see the bit of toughness about us and we shared the ball much better.â
The Player Coach made two changes to the starting line up with Jordan Blount and Paul Dick joining himself, Brian Fitzpatrick and Kyle Hosford. The early impact was similar to yesterdayâs win over Gibraltar as Ireland rushed into a 7-0 lead with a mix of open shooting and fast-break dunking.
Malta had the game back to 15-12 after 10 minutes, but were locked down in the second quarter while Jordan Blount revelled in the open court to push Ireland 43-15 clear at half time.
Lorcan Murphy was one of a number of players who made an impact in the second half, which pleased Assistant Coach Lawrence Summers.
âI know the scoreline will show that we won pretty comfortable but there were stretches in the game where we werenât playing up to the standards we expect of ourselves. It really is a 12 man effort out there and that will stand to us in the tougher stages of the competition.â
Ireland are guaranteed a place in the last four either as Group A Winners or Runners up. That will be decided by their final game against San Marino on Thursday.
Ireland: Kyle Hosford* (19), Paul Dick* (4), Jordan Blount* (16), Colin OâReilly* (11), Brian Fitzpatrick* (10), Adrian OâSullivan (4), Lorcan Murphy (11), Ciaran OâSullivan (2), Stephen James (2), Keelan Cairns (8), Conor Gallagher (4), Kevin Lacey.
Box Score: http://live.fibaeurope.com/www/Game.aspx?acc=0&gameID=96523&lng=en
European Championship Game Zone: http://www.basketballireland.ie/news-detail/10005841/