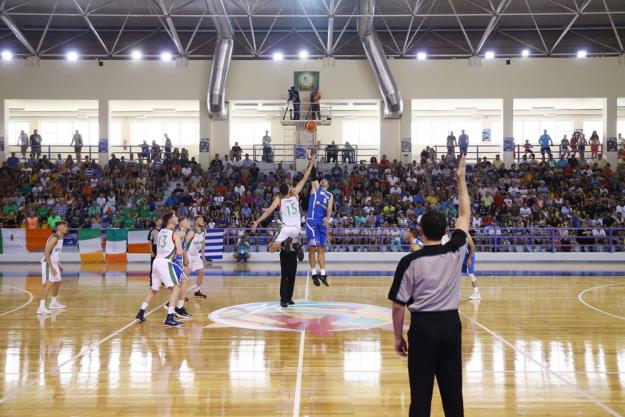 The first quarter saw strong defensive rebounding from both sides. Ireland trailed behind until a three pointer from Tummon gave Ireland a one point lead, with just over three minutes left.

A high level of personal fouls from Ireland gave Great Britain the chance to score easy baskets throughout the first quarter. Although Ireland played very well - with players constantly working for the rebound - the high amount of fouls continued throughout the game and didnât help their chances of winning.

Great Britain made a three point shot in the last 40 seconds leaving them one point ahead finishing the first quarter.

The teams were always within four points of each other throughout the second quarter, however England eventually got the upper hand, finishing 33-32 at half-time.

Great Britain took control of the second half and were ahead by seven points after 29 minutes.

Baskets from Blount, Coombes and Kiernan and Blountâs two free throws kept Ireland within a fighting distance of their opponents.

OâHanlon made his two free throws in the final minute and a buzzer shot from Blount brought  Ireland five points behind England at the end of the third quarter.

The final quarter started 49-44 and Ireland showed straight away they hadnât given up. A steal by Coombes led to Flood making a basket after a fast break. However England retaliated with a three pointer, making the score 52-46.

A free throw and baskets from Blount and Coombes brought the score to 59 â 55.

Another three pointer, a free shot and a dunk from Great Britain set them firmly ahead and the game finished 66-56.

Speaking after the game Assistant Coach, Kevin Foley said, "I thought our boys did a great job. We had great defence and intensity for 40 minutes but it really came to GB. They've had 6 weeks of preparation where they've been in each others pockets. They've had two trips away playing against high level European competition and down the stretch we struggled to find easy shots where they were running plays they knew".