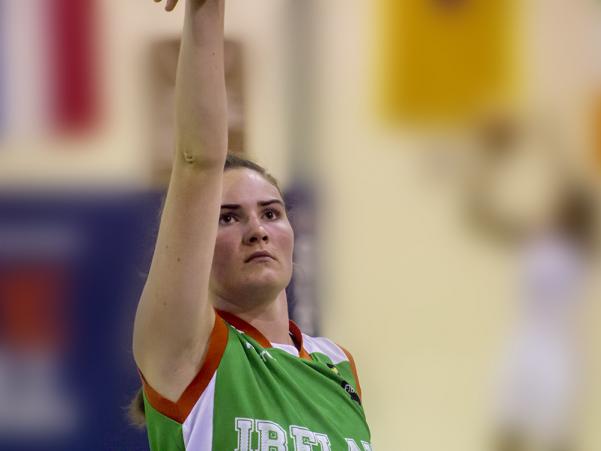 It was clear in the first seconds that the game would be a fast-paced and challenging one for both teams. Leavey, Whelan and Kenny sunk baskets in the initial minutes of the first quarter, keeping Ireland close to Belarus.

A shot from Connolly levelled Ireland for the first time in the match but Ireland was unable to keep it going for long. Despite a good hustle from the Irish girls, the first quarter finished 18 â 11 to Belarus.

The second quarter was hectic with both teams missing easy passes and shots. Ireland performed well and even outscored Belarus by one point. Belarus were tough on defence, leaving Ireland to fight for any chance to shoot.

A skilful pass from Kenny to Dunne resulted in a basket, making the score 26-20. However Belarus followed up with a basket and free throw, placing them nine points ahead.

After a quick toss around, Whelan sunk a three pointer in the final minute to put Ireland six points behind their opponents after the second quarter.

Heading into the third quarter Belarus were winning, 29-23. Baskets from Whelan, Kenny and Connolly helped Ireland but it wasnât enough as Belarus dominated the third quarter, sinking basket after basket and running the fast break.

The third quarter finished with Belarus 15 points ahead, the scoreboard reading 48-33.

Belarus continued their strong performance into the final quarter â scoring 21 points while Irelandâs only score was a basket from Whelan. Ireland stayed determined throughout the match but were unable to match the baskets Belarus were scoring.