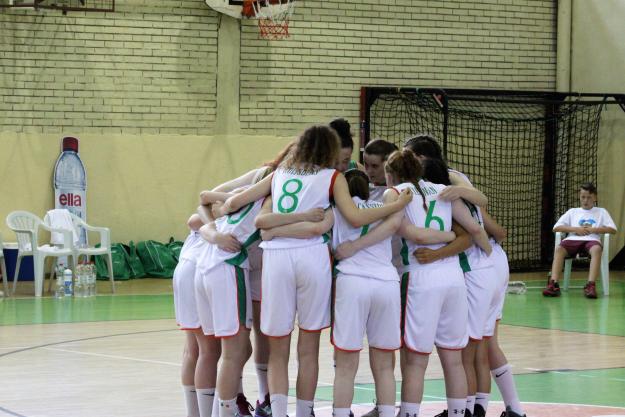 âBasketball is a game of runsâ â a phrase used by coaches the world over and a harsh reality for the Irish u18 womenâs team in Bosnia and Herzegovina tonight. The final score was not an accurate representation of a closely fought, tense battle, with both sides desperate to advance to the semi-finals of the European championships.

It was a tense start to the game with both sides feeling the pressure and the first basket was not registered until Irish star player Claire Melia stepped to the line to coolly knock down 2 free throws to open the scoring almost 3 minutes into the game. But it was Sweden who would dominate the first with their sharp shooter L. Nilsson standing out making four long range jump shots in the period to help Sweden open a 20-12 lead at the end of the first.

Sweden made the first 2 baskets of the second quarter and it looking like Ireland were in trouble, down 24-12, but this is an experienced Irish squad and a step up in defensive intensity would see them effectively shut Sweden down for the rest of the quarter as Ireland embarked on a 14-3 run to take them into the half only down by 1, 27-26. Louise Scannell was the bright spark for Ireland in this period with 2 key baskets while Claire Melia and Verity OâConnor picked up scores inside.

Ireland continued their fine form into the second half, Anna Maguire was perhaps the stand out Irish player of the game and would go on to finish with a well-rounded 9 points, 8 rebounds, 3 assists, 3 steals and a block and when she made a three pointer to put Ireland up by 6 Sweden looked in trouble. The Irish fans made it sound like the girls were playing a home game back in the National Arena as baskets from Melia, Aine McDonagh and Rachel Huijsdens put Ireland up by 14 points in an astonishing turn around. However the Swedes showed their composure to finish the quarter strong and chip away at the Irish lead, a run of baskets would see them close it to only a 4 point game at the end of the third, 43-47 to the Irish.

Unfortunately the 10 straight Swedish points to end the third were only foreshadowing what can only be described as an astonishing run by the Scandinavianâs.They caught lightning in a bottle and it seemed every shot was destined to go in before it even left the shooterâs hands, they would open the fourth quarter with a 20-0 run that would in effect end the game as a contest. The Irish girls battled hard but could not get close enough to make Sweden panic in the final few minutes. They will feel dejected after a tough loss in such a heart-breaking manner however it is to be remember this team are operating at a higher level than any previous Irish underage team and these tough lessens will only serve to strengthen their resolve in the future.

Ireland will now play Poland tomorrow in the 5th-8th place classification game and no matter what the result, a historically high finish is guaranteed.