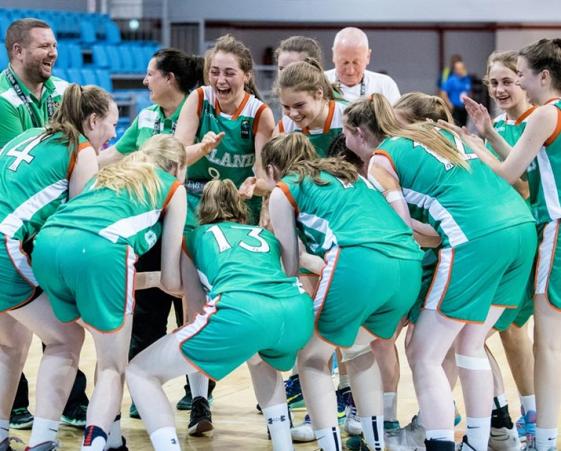 Saturday 13th August, 2016
FIBA U16 Womenâs European Championship - Division B Classification 5-8
Ireland 46, Luxembourg 38
Oradea, Romania
Ireland's U16 women made history to guarantee a highest ever finish at a FIBA European Championships with a 46-38 win over Luxembourg. A remarkable second half turn around ensured victory against a team who had won their previous encounter by 18 points.
Ireland's defensive credentials were in full in display in the first half with Luxembourg pressured into mistakes and wrong options. Despite early scores by Bronagh Power Cassidy and Maeve OâSeaghdha, Ireland couldnât find their offensive rhythm and Luxembourg led 22-16 at the half.
Dayna Finn sparked a 6-0 run as Ireland needed only two minutes of the second quarter to level the game. Luxembourg would net two baskets in the next couple of minutes but it would be their only baskets of the quarter as Ireland would dominate the period and outscore their opponents 20-4 to take control of the game.
Luxembourg would try and find way back in the fourth but the game was now firmly in Irelandâs control and as Irelandâs top scorer on the day, Annaliese Murphy, made her second three of the contest. It was clear there would be no way back for Luxembourg and Ireland closed the game out with a 46-38 victory.
Ireland will now play Greece vs Finland at 1pm on Sunday to see if they finish up in 6th or 5th position, either way it will be the highest ever finish for an Irish squad.
Ireland: D. Finn* (6), E. Maguire* (7), A. Blaney*, B. Power Cassidy*(6), M O Seaghdha* (2), N. Masterson (7), M. Phelan (3), N. Clancy (2), A. Flynn, M. Cannon, A. Murphy (8), E. McCloskey (5).
Box Score: http://www.fiba.com/europe/u16women/2016/1308/Luxembourg-Ireland
Click here to return to FIBA European Championship Game Zone