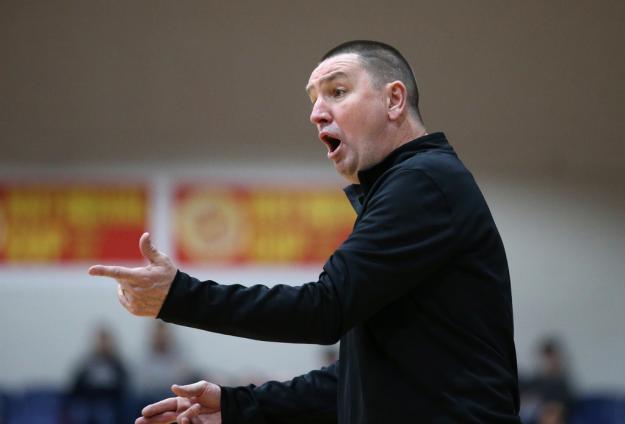 The Womenâs National League Committee (WNLC) of Basketball Ireland has reappointed Mark Scannell as Head Coach of the Ireland Senior Womenâs team. The news was announced by the WNLC this week, who currently oversee the Senior Womenâs Program in conjunction with the Elite Performance Committee (EPC).

Scannell, who was Head Coach for the side for this yearâs European Championship for Small Countries, will take over the role once more for another two years up to August 2018. He will also be at the helm for the Small Nations Tournament 2018.

âIâm looking forward to it,â he remarked after the news was announced. âLast time was a short cycle, we did a really good job and had a good summer. Even though our preparation wasnât where we would have liked it to have been, the team did a great job. Looking ahead now, whatâs good is that all of the staff I had involved over the summer are willing to stay on and work on moving forward with this team, which is fantastic.

âNow, we will be focusing on developing that squad, and bringing up some younger players to mix in with the senior and experienced ones that we have already. It will be tough, but weâve a good two year cycle ahead of us, so itâs very exciting times,â Scannell, who is currently head coach of reigning National Cup champions, Ambassador UCC Glanmire, continued.

âOver the summer we proved that we belong at European level and the squad worked well together, and showed that they can compete at that level. In fact, all Iâve seen so far bodes very well for the future.â

Also speaking about the appointment, Commissioner of the Womenâs League and Chair of the WNLC Matt Hall stated: âWe are delighted that Mark has agreed to continue in the role of Head Coach of the Ireland Senior Womenâs team for another two years. He has had a very successful first six months back in international competition and itâs a very exciting time for the womenâs game in Ireland. We would like to take this opportunity to wish him and the team even more success going forward and in the coming two years.â