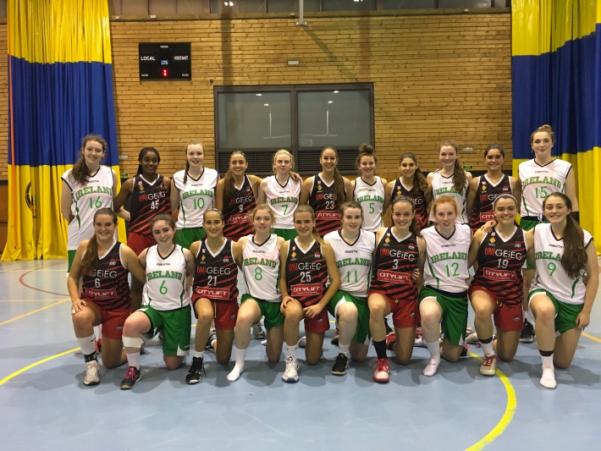 Day two of the Girona tournament kicked off on Tuesday for the Irish Under 18 Womenâs team.

It was yet another busy day of action, but the side began to find their stride, taking two well-deserved wins from their two games on Tuesday evening.

Ireland kicked off day two with a match against Girona Regional Under 18s. In tough and hot conditions, Ireland raced into an early lead through some great combination play between Claire Melia and Rachel Huijsdens, which put Ireland up 4-10.

The visitors were dominating the defence battle with both Dayna Finn and Niamh Foley shutting down their quick guards so keep Ireland in the lead at the end of the first, 9-17.

The local side stepped up to the challenge in the second quarter but there was some excellent play from Irish guards Ciara Broderick and Alison Blaney, to keep Ireland in control going in at half-time with a 20-36 point cushion.

The tables turned slightly as the second half got underway, with Ireland being punished for some lacklustre defending and failing to execute as they had done in the first half.  Despite the best efforts of Enya Maguire and Saoirse Kelly, the third quarter finished with only 9 in it.

The Spanish side rallied some more in the last, and had the difference back to just six, but Niamh Masterson and Maggie Byrne were on hand to steady the ship and push it back out to 10. For the last five minutes, Ireland did a great job on offence end but remained under pressure at the other end. However, it was too little too late for Girona, and Ireland ran out 53-65 point winners. 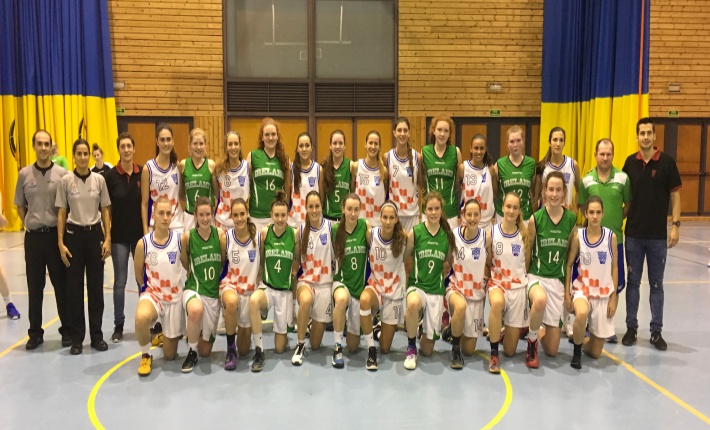 Irelandâs second game of the night proved to be yet another showcase of fantastic team play as they faced off against Spar Citylift Uni Gironaâs Under 17s team.

Ireland took to the floor full of energy and, with good shooting by Maeve Phelan and Ella McCloskey, finished the first quarter in the lead, 17-22. The second quarter started off quite slowly, as both teams struggled to find their range. Ireland got off the mark through Sorcha Tiernan and Jayne Fitzgerald who helped to keep their side in front at half time, 29-41.

Ireland switched to a zone press in the second half, and though it took a while to get the shape, Sarah Livisey and Annaliese Murphy soon got to grips with their guards and helped Ireland to hit some great scores. Ireland went back to their reliable fast break and had some great assists from Amy Murphy and Mae Creane that were duly finished at the other end by Bronagh Power Cassidy to finish the third quarter still in the lead, 42-51.

The visitors really upped the tempo in the last quarter to put the game well and truly to bed. Maeve O'Seaghdha and Amy Dooley were now dominating the boards and Phelan and Tiernan were finishing with aplomb at the other end so ensure that the result was never in doubt, and Ireland ran out 51-73 point winners in the end.