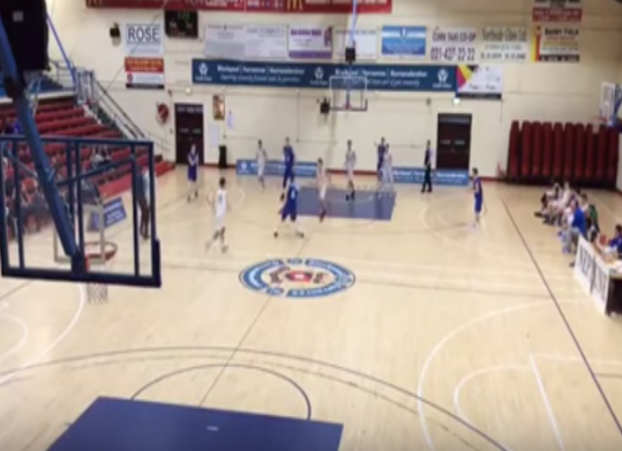 â¨â¨â¨The Men and Women’s Under 18 Hula Hoops National Cup play-offs took place over the weekend and there was big excitement across all the courts as the teams vied for their spots in the final eight.

â¨One of the big talking points of the weekend however, was the clash between BFG Neptune and Tolka Rovers that took place in Neptune Stadium in Cork on Saturday. The local side overcame Tolka 100-48 in style, with dunks from Liam Chandler (two) and Cian Heaphy, while James Hannigan netted a fantastic full-court shot – all of which were captured on the video below.

â¨That wasn’t the only game the talented Cork side dominated however, as they powered on to beat Drogheda Bullets 96-30 to book their spot in the semi-final on Sunday morning against Moycullen which they also won, 87-61. A thrilling final against Templeogue was up next, but there was no stopping Neptune who ran out Pool 1 winners, 100-85. Both Neptune and Templeogue now go through to the final eight.â¨â¨

There were also talking points in Pool 3 meanwhile, as 17-year-old Dara Devine from Tralee Imperials scored a superb three-pointer just before the buzzer in his side’s semi-final with Maree to send them into the final against Killorglin CYMS, who went on to beat the Kerry side 78-31.â¨â¨Elsewhere, UCD Marian were winners in Pool 2, beating Belfast Star 55-49, while KUBS BC had the better of Dublin Lions in Pool 4, winning 61-53. Both the winners and the runners-up from each pool go through to the quarter-finals of the Hula Hoops National Cup.

â¨Meanwhile in the Women’s Under 18 Hula Hoops National Cup, DCU Mercy won out Pool 1 after overcoming WIT Wildcats 71-43. Portlaoise Panthers had the better of Liffey Celtics in Pool 2 (54-58), while Glanmire overcame Maree 77-62 in Pool 3. All finalists progress to the next round of the Hula Hoops National Cup, while Fr Mathews and Singleton SuperValu Brunell also qualify as the seventh and eighth teams.