DAY 3: Agonising defeat for Ireland Under 16s in Belarus 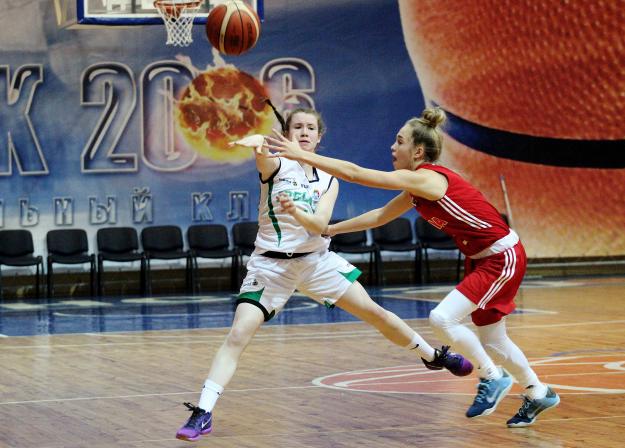 The final day of the tournament in Belarus proved to be a nail-biter for the Irish Under 16 Women’s team, as they lost out by just one point against Lithuania.

Ireland Under 16 Women suffered an agonising one-point loss to one of Europe’s top eight countries in their final game of the tournament in Belarus.

Once again Ireland got off to their customary fast start with early scores from Abby Flynn, Alex Mulligan, Katie Walshe and Katie Williamson ending the first quarter 25-19 up. The second quarter saw Ireland lose ground scoring only 7 points through Alex, Anna Lynch and Abby. However Ireland did enough to stay close only conceding a 4 point deficit when Lithuania hit a three on the buzzer to lead the half 36-32.â¨

As the third quarter progressed, Ireland’s confidence grew with Debbie Ogayemi and Katie both scoring and grabbing rebounds - ably supported by Edel O'Raw, Lauren Darcy and Robyn Morrissey. The end of the third quarter saw Ireland claw back the five-point deficit and a superb running jump shot from Ciara White meant that Ireland held the lead at the break, 48-47.â¨In the fourth quarter Ireland could not call on the height of Katie Williamson who had harshly accumulated five fouls in 12 minutes of playing but managed to score 9 points and 9 rebounds.â¨

The quarter proved to be nail-biting to the very end with Ireland staying on top through two huge three's from Alex and Ciara and further scoring from Katie Walshe and Lauren. â¨With 19 seconds to go, Ireland regained possession of the ball and Ciara White passed to Katie Walshe for a score under the basket. To the consternation of all in the gym the referee called a travel and Lithuania called a time out. From the out of bounds, Lithuania scored a lay up and despite a last effort from Ciara, the game was lost on the smallest of margins.â¨

Speaking afterwards, Head coach Andy Gill said: “There was no doubt that a foul count of 27-15 and the decision at the end of the game were massive contributors to the loss. However, we missed far too many easy looks in the third quarter that would have seen us 10 points up and were naive in allowing them to shoot 5/11 3 point shots. Not withstanding these issues, the team were magnificent in their efforts and I am sure will learn from this defeat. Katie Walshe won forward of the tournament, which is a great honour. The experiences we have had are invaluable going forward and it has been everything I thought it would be.”â¨

In their final game of the prestigious Ryzhenkov Cup in Belarus, Ireland Under 16 Men’s team fought hard, but were outmatched in their 82-38 loss to Lithuania.â¨Sanmi Fajana dropped in 10 points and grabbed a game-high nine rebounds, while Paul Kelly, CJ Fulton and Andrew O'Connor combined for 21 points for the Irish.

Indeed, Kelly was named on the All-Tournament Team following his outstanding performances over the weekend, while Tournament MVP Marek Blazevic led Lithuania with 13 points and 8 rebounds.â¨Lithuania utilised their massive size advantage to control the boards throughout, finishing with a 46-31 advantage.â¨Ireland U16 Head Coach Pat Price: "Full credit to Lithuania today - they are at a level we aspire to attain. Their height and size caused us a lot of problems. This weekend was all about establishing a measuring stick for our team as we prepare for European Championships. We certainly improved throughout the weekend, and we need to build on this experience.  Three games on consecutive days against high-level teams was a snapshot of what lies ahead for us."