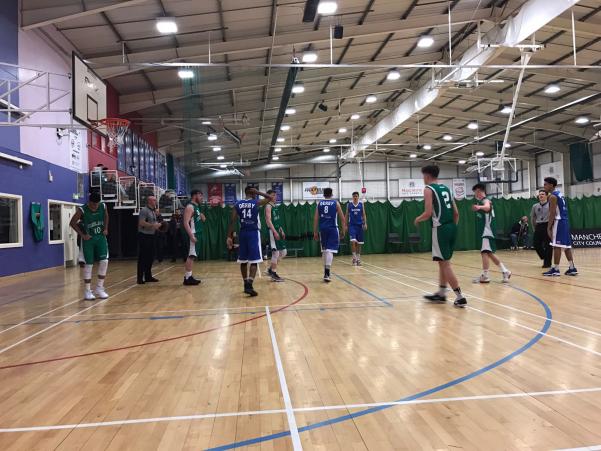 It was a tough first day on the court for the Irish U18 men on Tuesday as the first day of the Haris Tournament in Manchester kicked off.

Ireland were up against a strong and well-drilled Derby team and a slow start to the game for the boys in green only served to gift Derby two very quick runs to see Ireland trail 14-4 in the opening minutes. Derby continued to dominate the first quarter and held a 31-13 lead at the end of the first. Ireland found their feet a bit more in the second quarter, and began to run offence well, losing the quarter by just one point.

Better execution on offence continued into the third quarter but this time, it was on defence where there were some gaps, allowing Derby to find some easy baskets and despite an excellent performance in the fourth quarter (that Ireland won 33-25), the damage had already been done and Derby ran out 101-86 point winners.

Speaking about the game, Head Coach, Conor James stated: “Today was tough but it was a great learning experience for both the players and the managers.”