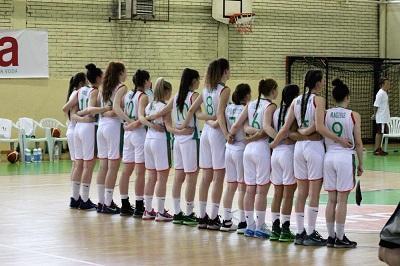 The 12 players who will go forward to represent Ireland on the Irish Under 18 Women’s team, have been announced by Head Coach, Tommy O’Mahony today.

The team has been selected ahead of this year’s FIBA Under 18 Women’s European Championship, Division B, which will be hosted in Dublin this August.

The Championships will run from August 4th to 13th and will be held in two venues – the National Basketball Arena in Tallaght and the National Indoor Arena, Abbotstown. Ticket information is available here.

Speaking about the news, Coach O’Mahony stated: “It was a very difficult decision today to select 12 players to go forward for the Irish Under 18 Women’s team as there is such a depth of young talent here in the country. We have been working hard at training and are really looking forward to the months ahead where we will get to represent Ireland here in our own country.”

The team will play the Victory Scholars on Thursday, April 20th at 7pm in Kubs Greendale and on Friday, April 21st at 11am at the National Basketball Arena. All support would be gratefully appreciated.