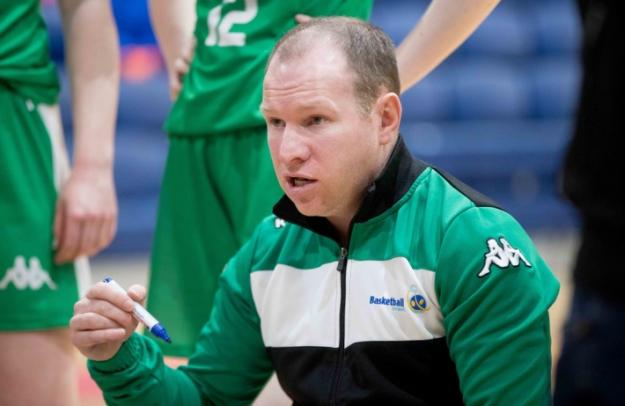 The Irish Under 18 Women’s head coach, Tommy O’Mahony, has revealed the squad's captain and vice captains for the FIBA Under 18 Women's European Championship Division B that takes place in Dublin this August.

Coach O'Mahony has named Ireland and Portlaoise Panthers star, Claire Melia, as captain of the squad.

"I'm delighted to announce Claire as captain of the team this summer. The squad has a lot of leaders, as we saw in their games over the weekend. Claire is very experienced, competing in her third European Championship this year, and has also been picked for the Irish Senior Women's team this past summer."

Claire was delighted with the honour.

“It was great to be announced as captain,” she said. “It won't change anything with me though, hopefully we can continue to play as a team and win games this August. Preparation is going really well, we’ve had some good games recently which helps us to improve, and training is also really good - Tommy has us on our toes all the time, and we’re really excited now.”

Meanwhile, Courtyard Liffey Celtics star, Sorcha Tiernan and Rachel Huijsdens of DCU Mercy, were unveiled as vice captains of the squad and they were also thrilled with their new roles ahead of the home Championship.

The news comes with just over 30 days to go until the Irish Under 18 women’s team will welcome 22 other countries to the National Basketball Arena, Tallaght and the National Indoor Arena in Abbottstown.

Tickets for the Championships are now on sale here. You can sign up to volunteer here and find out more about the event here.