Ireland Under 18 Men to play tournament in Portugal 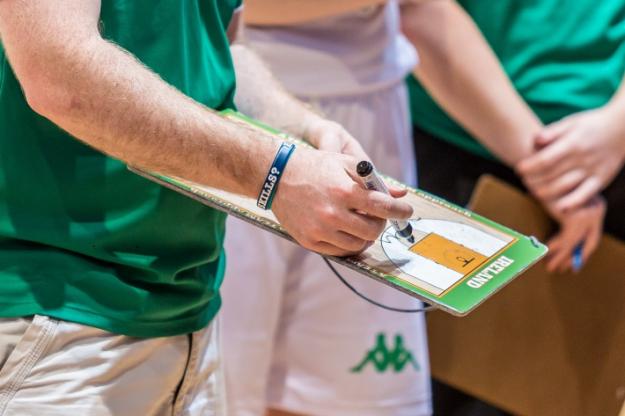 The Ireland Under 18 men will play a three-game series in Portugal this week in preparation for their FIBA U18 Men’s European Championship Division B, which tip off at the end of the month.

The team will face the hosts twice before also going head-to-head with Belgium and the Netherlands Under 18 men’s team.

Speaking ahead of the friendly games, Head Coach Conor James said: “We are looking forward to getting some close and competitive games this week. We are on countdown now to European Championships at the end of this month, so this weekend will be great game practice for the lads who have been training hard for the last number of months. We’re really looking forward to the games ahead.”

Coach Conor James reacted "We're really disappointed to have come so close but ultimately come up just short, especially after such a poor performance last night. But the progression and improvement is very positive for our longer term goals with the Europeans coming up. We've now set a baseline expectation that we need to meet for the rest of the tournament and in the weeks ahead".

Co-Captain Adam Drummond "I thought we improved a huge amount from yesterday but we also know we can still do much better. We know it's a process and we need to take it step by step to ensure we get to the level we want to".

Ireland went into the second game of their friendly tournament down two of their regular starting five and the toll was beginning to show on the squad. Belgium were dominant throughout and won on a scoreline of 90-56.

Reacting afterwards Coach Conor James said "This morning was a tough game for the team and we are disappointed in how the game went overall. I think missing two of our starters didn't help and we certainly got off to a very slow start and really dug a hole for ourselves early on. I thought as the game progressed we got into it much more and there were periods where we played some nice basketball. Sean Jenkins did a great job scoring 26 for us but we just couldn't get enough offense as a group. I think with players missing, guys are having to play more minutes and fatigue is a factor in us shooting such a poor percentage. From a positive point of view though it's all part of our learning before the Europeans and we are getting to see different groups work together now that we might not have otherwise. Tonight we play again against the Netherlands who will be good but it will help us continue our improvement".