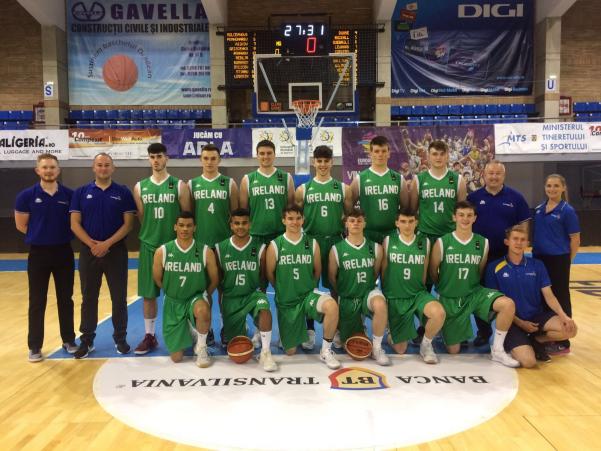 Ireland got off to the perfect start at the U20 European Championships with a dominant display against Moldova. What Ireland lacked in size they fully took advantage of in terms of speed and quickness.

Starting out in a zone defence the only concerns early on were getting the nerves out of the system. Both teams traded baskets in the opening minutes but Moldova were clearly uncomfortable with the pressure the Irish guards were able to put on them. Eoin Rockall and Matt Treacy were leading the way and Ireland were doing an excellent job in transition getting all the way to the basket. At the end of the first Ireland led 23-19.

Any nerves that were there in the first quickly disappeared as Ireland quickly became dominant in the second quarter. Aidan Dunne was starting to become more influential and he was joined by both Rockall and Tracy who continued their great work. As turnovers began to mount for Moldova, Ireland took full advantage and were ruthless in fast break situations. At half time the lead was up to twenty four (51-27).

The concern for the Irish coaching staff would be that the team might take their foot off the accelerator in the third quarter but fortunately this wasn’t the case. Again Rockall and Dunne were combining well, with Dunne having a big three minute spell that saw him dunk on a fast break and add five more quick points. By the end of the third Dunne had taken his total to 23 points and Ireland led 74-35.

The fourth quarter  lost some of the intensity but the boys in green did enough as they closed out the game winning by a huge margin 103 to 65. They know that tougher tests are on the way, starting tomorrow against Portugal.

Coach Dave Baker shared his thoughts on the game: “I’m delighted with our performance overall. I thought we came out really strong and we did well to build out the lead by half time.”

“In the second half our intensity dropped a bit which we didn’t want but I can understand that especially when the guys are playing with a big lead. We’re delighted with the start anyway, great to win the first game”.