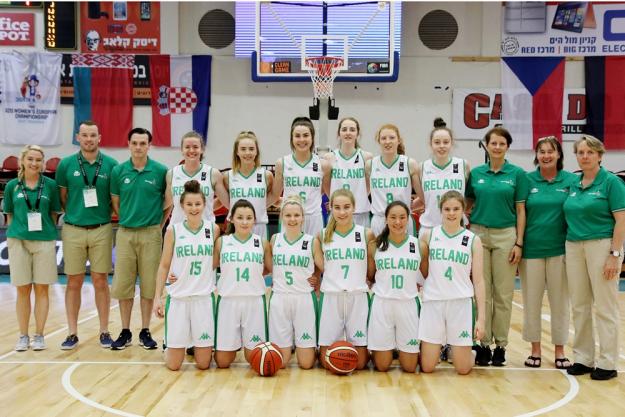 After a well earned rest day Ireland U20 Women headed into the classification stages facing the Ukraine who had the tournament's leading scorer at their disposal.

Desperate for their first win of the tournament the team looked a bit hesitant in the early going and before long found themselves in a 20-6 hole. Ireland did eventually get going and belief started coming into their play more as they fought their way back into the game. As the half progressed the game was becoming much more balanced and Ireland were starting to frustrate the Ukrainians. Anna Kelly continued to lead the team offensively  while Ciara Wheeler stepped up as the second scorer the team badly needed.

In the 2nd half, Ireland kept threatening a big run but were never able to get fully going to threaten the Ukraine. Mae Creane hit two big three pointers that got the lead back 16 and Ireland were looking really active on defense. The final attempt at a run came after a Ciara Wheeler three pointer, followed by an Anna Kelly steal and fast break lay up that took the score to 63-52. It wasn't to be though as the Ukraine calmly responded with a big run of their own scored 11 of the next 13 points killing the game off. The score ended 82-63.

Speaking after the game Maeve Coleman: “We were disappointed again because this was a game we thought we had the potential to win. We made our own life more difficult by starting out slowly and giving them a big lead in the first quarter. Even after that we gave ourselves chances to get back in to it but at crucial times we just didn’t execute properly and missed some makeable shots. We have one game left now tomorrow to try and finish out with a win.”

The U20 women have one more game tomorrow at 1.15pm Irish time. We will have a live stream, so tune in and support the girls in green as they close out their European Championships.