Ireland U18 Men fly to Estonia for European Championships 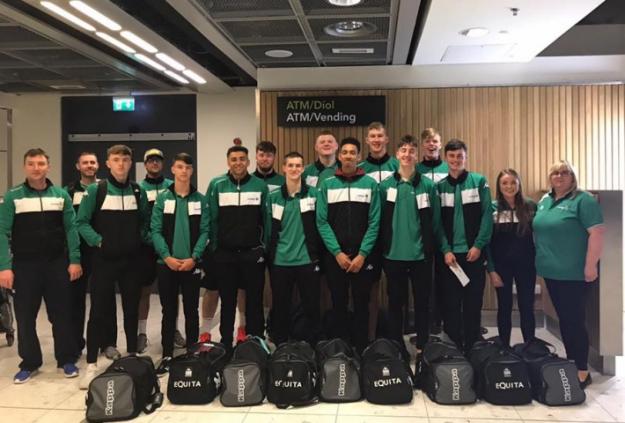 The Ireland U18 Men’s team took off from Dublin Airport this morning for Tallinn, Estonia in the first step towards this year’s FIBA U18 Men’s European Championship Division B.

The squad was dealt a tough blow ahead of their departure as it was announced that Cork basketball player, Adam Drummond, was ruled out in the past 24 hours due to injury.

The team will now travel without the talented BFG Neptune player, and will kick off their European Championship campaign this Friday, July 28th, with a tough opening round test against Belgium.

Speaking ahead of the Championships, Head Coach, Conor James stated: “It was a blow to have Adam Drummond declared out due to injury. Having said that, we’re very excited still to be going over to Tallinn with nothing to lose and everything to gain. We have a tough start to our group games, but we fully believe that we can compete and show what we’ve been working so hard towards.”

You can keep up to date with all the action from the championships through the official event website here, where games will also be streamed.