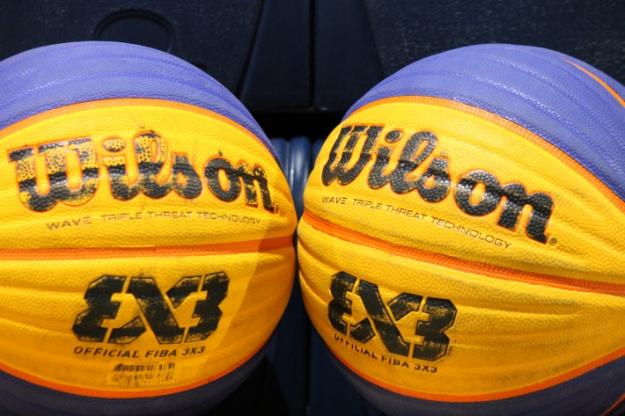 The Ireland Under 18 men’s and women’s team are in action at the FIBA 3x3 European Cup qualifiers in Riga, Latvia this weekend.

Despite losing this afternoon's quarter final against Romania, Ireland still had one more opportunity to seize a spot in the European Finals as they faced off against a very physical Ukrainian team. Ukraine started sloppily which Ireland took advantage of through James Beckom as they took a 2-1 lead. Ukraine settled back down to score a 2 pointer and lay-up opening up a 4-2 lead before  David Murray nailed a 2 pointer to bring it back to 5-4. Two missed Free-Throws from Ireland were punished by the Ukraine as they scored with a lay-up off the rebound and a quick 2 pointer afterwards. Darragh O’ Sulivan's 2 pointer kept Ireland close at 6-8 before James Beckom brought Ireland back within 1 with a lovely fade away jumpshot. Ukraine then built back up a 3 point lead at 10-7 before James Beckom, who at this point was causing havoc on the offensive glass, got the equalising score, 10-10 with 4:30 remaining. An unlucky deflection from Ireland allowed a bit of luck for Ukraine to extend 15-11 with 2:12 remaining. Ukraine’s experience began to show at this late stage and they showed a little more composure and increased the lead to 17-11. Fatigue started to kick in and the defensive rotations were starting to slow down for the boys in green. Ireland battled bravely until the end and deserve huge credit for their efforts and a late scoring burst from James Beckom, Darragh O’ Sullivan and David Murray made the final scoreline 18-14 to Ukraine Jason Killeen said "We lost out to a very talented and physical Ukrainian side. We had lots of chances and played physically with lots of confidence. We unfortunately had a one minute lull which allowed them to capitalise on our mistakes and put points on the board. The lads should be proud of their wins in this competition, beating Belarus and Russia will be something we will always remember. This weekend is a reminder that Irish players can compete and beat the best teams in Europe, We need to encourage our young athletes to play more 3x3 through the year, this will give our teams much needed experience when they play European Competition."

There was disappointment for the Ireland u18 men's 3x3 team in Riga, Latvia, on Sunday morning as they lost out in agonising fashion to Romania in the quarter-final.

David Murray got the scoring underway for the Irish, bagging a well-taken jump shot early on and adding to his tally from the free-throw line. Strong defense by Kris Arcilla and Darragh O'Sullivan kept the game neck-in-neck as the clock ticked under the halfway mark, with Ireland taking the lead 5-4 with just four minutes to go. Romania weren't to be beaten easily though, and went on a strong run to open up a 12-6 gap with two minutes of basketball to play.

Again, Murray and Beckom were on hand to add some vital points, and with 22 seconds to go, Murray brought it back to just two points. However, time had run out and Ireland had to settle for second best in the end, losing out on a final scoreline of 14-12. They will now go head-to-head with Ukraine for a final shot at qualification.

Ireland recorded a famous 21-14 point victory against Russia at the FIBA 3x3 Europe Cup qualifiers in Riga this evening, to book their place in the last 8 of the European Championship Qualifiers and set up a clash with Romania on Sunday morning in the quarter-finals.

Coach Jason Killeen spoke after the game saying: "Watching the lads today has been an absolute pleasure. They have grown so much and taken on the challenge of a new game. To beat Russia 21-14 is unbelievable and few outside this group would have believe it to be possible. Saying I'm proud of them is an understatement. Bring on tomorrow!"

Ireland U18 men dished up a thriller in their second game at the FIBA U18 3x3 Europe Cup qualifiers today, as they eked out a nail-biting overtime win to take victory by two points. Good scoring from the lads and strong defence under the boards kept the game neck-in-neck throughout, with the boys in green securing a hard-earned win in the end.

Speaking afterwards, Coach Killeen stated: "I am delighted with the lads' performance in the second game against Belarus. They showed a lot of maturity and confidence to learn from the first loss and apply it to this game with such little turnaround. We made some tough baskets down the stretch and really stepped up in overtime to seal the win. We are excited and looking forward to playing Russia in our third game of the day."

Ireland Under 18 men had a gutting end to their first game at the FIBA U18 3x3 Europe Cup qualifiers this afternoon in Riga as, despite tying the game up at 12 points apiece with five second to go, they came up just short of Latvia as the hosts headed to the free throw line for some vital points.

Speaking post game, Coach Jason Killeen said "The lads started out well and played a very physical game throughout. Our inexperience showed when we couldn't capialise on Latvian mistakes and we let them back in the game. In the end our foul count put them on the line with possession and we couldn't get it back."

There was heartbreak for the women in their second group game at the FIBA U18 3x3 Europe Cup qualifiers today, as they lost out at the death by just one point to Romania. The loss means that the team will not progress to the next stage of the competition, but Coach Hoffmann was happy with how the two games went overall.

"Naturally the girls are devastated with a one-point loss to Romania," she said. "They played so well and just fell short on a few controllable things. I am so proud of the girls though, they not only competed with two of the top-seeded European teams, but also put themselves in situations to win. For a group of girls playing 3x3 for the first time, it's something they should be extremely proud of - there are more exciting times ahead for Ireland, with more experience and exposure to the 3x3 game."

Ireland Under 18 women 3x3 team had a tough opening test at the FIBA U18 3x3 Europe Cup qualifiers today, as they went head-to-head with one of the European powerhouses, Spain in the opening game.

Despite Spain starting the brightest, Ireland were determined not to make life easy for them, and had some great passages of play to keep them right in it. However, Spain just had too much fire power, and ran out deserving 15-9 point winners.

Speaking afterwards, Coach Meagan Hoffmann said: "The girls played a great game against a strong Spanish side. They were nervous at the start, but once the girls settled in, they started hitting shots and competing well with the top seed."