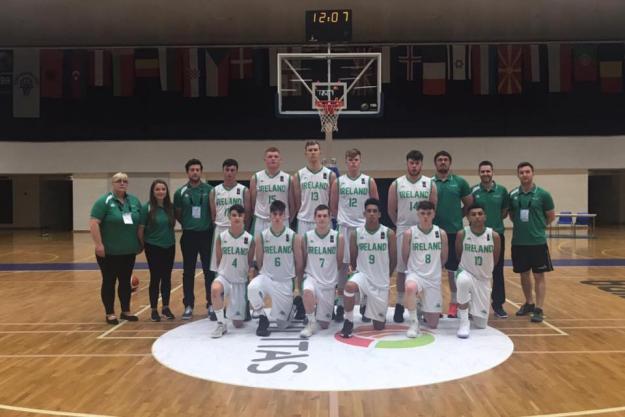 It was another tough day at the office for the Ireland U18 men in Estonia today who were beaten by Albania 75-82.

Ireland couldn’t quite get into rhythm in the first half with Albania taking an early lead finishing the first quarter 20-14. This was the start of an uphill battle for Ireland as Albania continued their lead throughout the half.  Eoin McCann remained resilient for Ireland taking the spot of top scorer in the first half scoring 16 points. Ireland finished the half on 32 to Albania’s 42.

The second half saw a more energetic and determined Ireland hit the courts. Both teams traded baskets with Sean Jenkins hitting a mighty three pointer allowing Ireland to stay within 10 points at the end of the third quarter. Ireland performed best in the final quarter with Albania pushing a full court press. McCann and Jenkins again proved their worth chipping away at the scoreline leaving Ireland within two points with less than a minute to go. It was all to play for but with a time out called from Albania it interrupted Ireland momentum and allowed them to take back control of the game, finishing it out 82-75.

Speaking afterwards Coach Conor James said “A lack of energy and discipline cost us the first half. We were much better in the second but every time we pulled it back we let it slip a little. Over here once you have momentum you have to ride it out as long as possible but unfortunately we were unable to capitalise on ours.’