Less than 300 tickets remain for quarter-finals at NBA 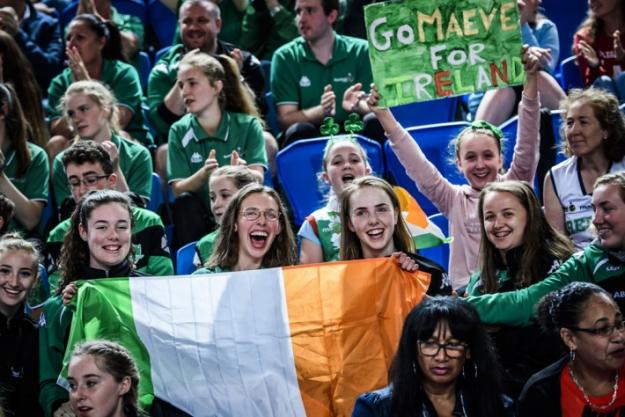 There are less than 300 tickets remaining for this Friday’s quarter-final clashes at the National Basketball Arena.

Tickets, which are available on www.eventbrite.ie, have been selling fast since it was confirmed that the four quarter finals will take place at the Tallaght venue on Friday, August 11th, as the last eight of this year’s FIBA U18 Women’s European Championship Division B battle it out for glory.

Hosts Ireland take the third slot of the day, and will play their quarter-final at 6.15pm against Israel, while Poland face Belarus in the opening game at 1.45pm, Germany take on Portugal at 4pm and Romania and Great Britain wrap up proceedings in the NBA at 8.30pm.

The remaining classification games meanwhile will take place at the National Indoor Arena in Abbotstown, with Bulgaria facing Iceland, Slovak Republic doing battle with Norway, Austria going head-to-head with Finland and Netherlands up against Ukraine in Court 1.

In Court 2 meanwhile, MKD will face Switzerland at 4pm, followed by Albania v Estonia and Georgia against Moldova in what is set to be a hugely interesting day of games all round.

Missed a game? Don't worry - we've got you covered. Catch up on all of Ireland's games here.