Ireland captains recall their personal highlights of the summer 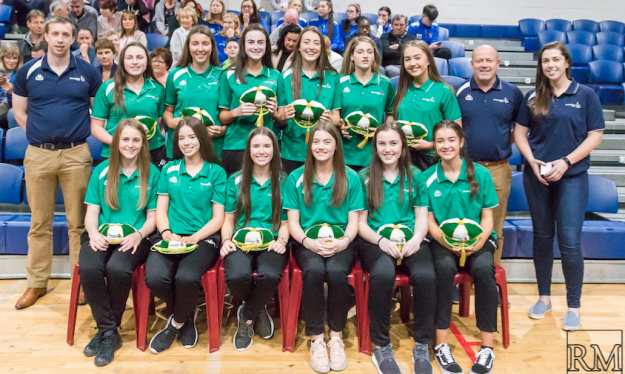 It’s been a hectic summer of international basketball this summer, with Dublin playing host to the FIBA U18 Women’s European Championship Division B, and nine other squads all abroad in action on the European stage.

We caught up with the team captains this week to tie in with the international caps presentation held at the National Basketball Arena in Tallaght on Saturday to find out what the highlight of the international season has been for them and, their favourite moment from captaining Ireland at European competition this year.

You can view the individual cap photographs here, and the team pictures here.

“My overall international highlight from the summer would have to be seeing the Under 18 team reach a European final and qualifying for Division A basketball.

“From our own Europeans this summer, it’s always an honour to be named as captain, but as a player, it’s a small tight group and we are all leaders, but my highlight was definitely beating the Ukraine to qualify for the European Cup in Amsterdam. And also having the opportunity to play against Russia in the semi-final in France."

Look back on their performance here.

“The highlight of the summer for me was going to Latvia with the Under 18 3x3 teams. Having the opportunity to play against Russia was a once in a lifetime opportunity, and for the lads to go out there with no fear and win the game was unbelievable. I was very proud of the maturity and self confidence that the team had throughout the tournament.

“As captain of the senior 3x3 team, being part of the European qualifiers in Andorra was a unique experience. Although we came up short on this occasion, we knew that given the right training and preparation, irish teams can compete and be successful at this level."

Look back at their performance here.

“The highlight of the international season for me was going to Slovakia for practice matches in June. It was the first international cap for eight girls on the team, including myself, so it was an exciting trip,” said Aoife.

“Slovak Republic went on to come second in the tournament so playing against such great talent was an amazing experience. It was also the first time the entire squad travelled away together so the team really bonded on the trip and an amazing team spirit was formed that carried through to every game in Israel.”

Aisling added: “My highlight was also our trip to Slovakia. It was a lot of our players' first international cap, which made it a special experience as the team got on so well and really bonded.”

Look back on Ireland U20 Women's performance here.

“My international highlight of the summer was getting to 50 international caps in my underage career. After the Europeans, I was also able to train with the snioer men’s team and play in a challenge game, which was a great experience for me. Of course, being able to support the Under 18 women’s team in Dubln was a highlight as well.

“My highlight as captain was securing a couple of wins at Europeans and being able to play with a great group of players. I had played with most of the lads on Irish teams before and we’ve become a very close team, so being able to captain them in our games was an honour.”

Look back on the team's performance here. 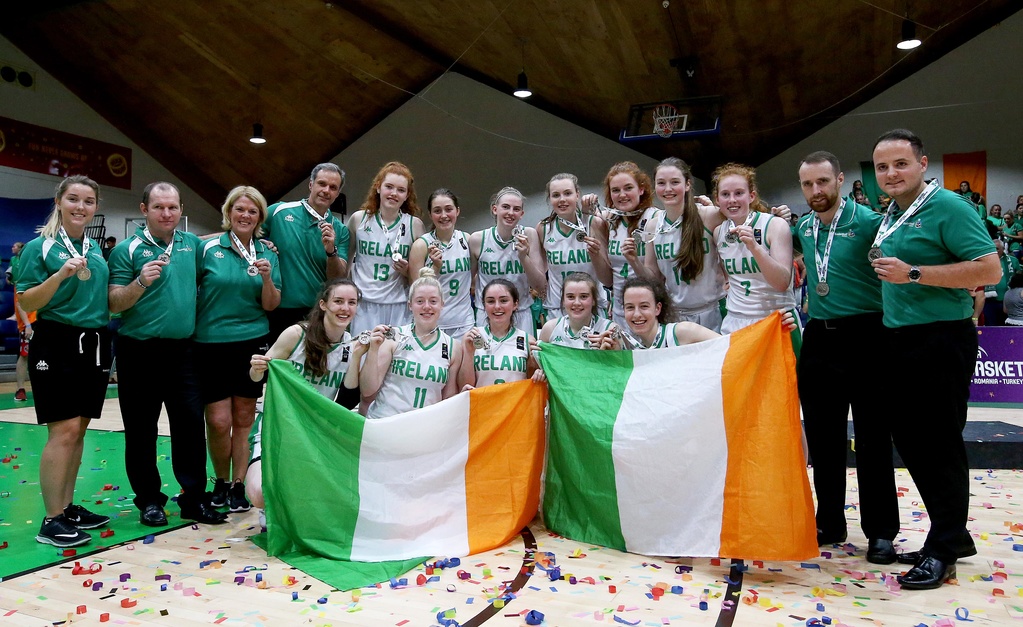 “My overall highlight is becoming European silver medalists and making history by becoming the first ever underage Irish basketball team to reach a European Championship final.

“As captain, leading the team out for the medal presentation following the final and hearing the roar of the home crowd has to be one of the highlights for me. Reaching the final as underdogs just made it all the more special.”

Look back on a memorable month of basketball for the Ireland U18 women here.

“Being able to play the game I love with my friends and having the opportunity to be selected as captain was my overall highlight. Also, a highlight was finishing second in the tournament in points, obviously my main goal was for our team to do well, but from a personal standpoint it was good to be able to play at that high level."

Look back on the highlights for the U18 men here.

“My highlight would have to be getting the two wins in Lativa against Belarus and Russia. It was just a great overall experience. I wish we had gotten the third win so we could carry on to Hungary but there’s nothing we can do about it now.”

Look back on their performance here.

“My overall highlight of the summer was getting selected for the Ireland Under 18 3x3 team to play in Latvia in the European Cup qualifiers. Getting the opportunity to play Spain, as they are one of the top nations in the world, and being able to have fun while doing it."

Look back on their games here. 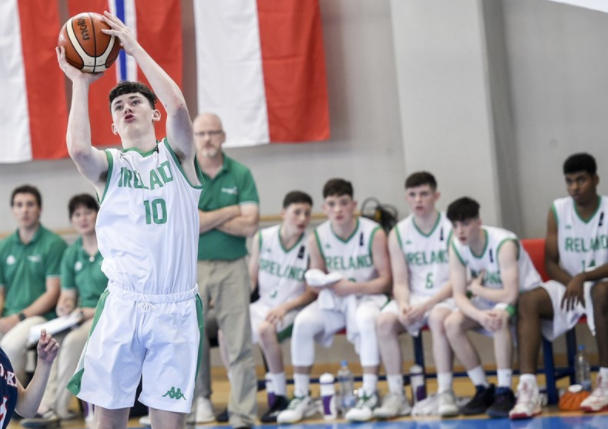 "My overall Irish international highlight of the summer was clinching 11th place at the Europeans and, from a personal point of view, leading the tournament in assists. My highlight of our Europeans was the team showing the drive to overturn a 26-point group game defeat to Bosnia and Herzegovina and go on to beat them in our final game together to get 11th place. Sincere thanks to Pat and management.”

Look back on their games here.

“My highlight of the summer for international basketball would be our trip to the Rezé tournament. It was an amazing experience to get to play against such top class teams such as China and Croatia. These games helped a lot along our road to Europeans. Aside from the basketball, the trip was a lot of fun and really helped us get closer as a team.

“If I were to pick one highlight from our European Championships experience I think it would have to be our game against Switzerland. We’ve never had a win like that before, all of our close games have always gone the other way so it was great to finally get such an important win. At the end of the game I was very proud of the team and it was definitely one of my favourite moments in an Irish jersey.”

Check out all of their results from Euros here. 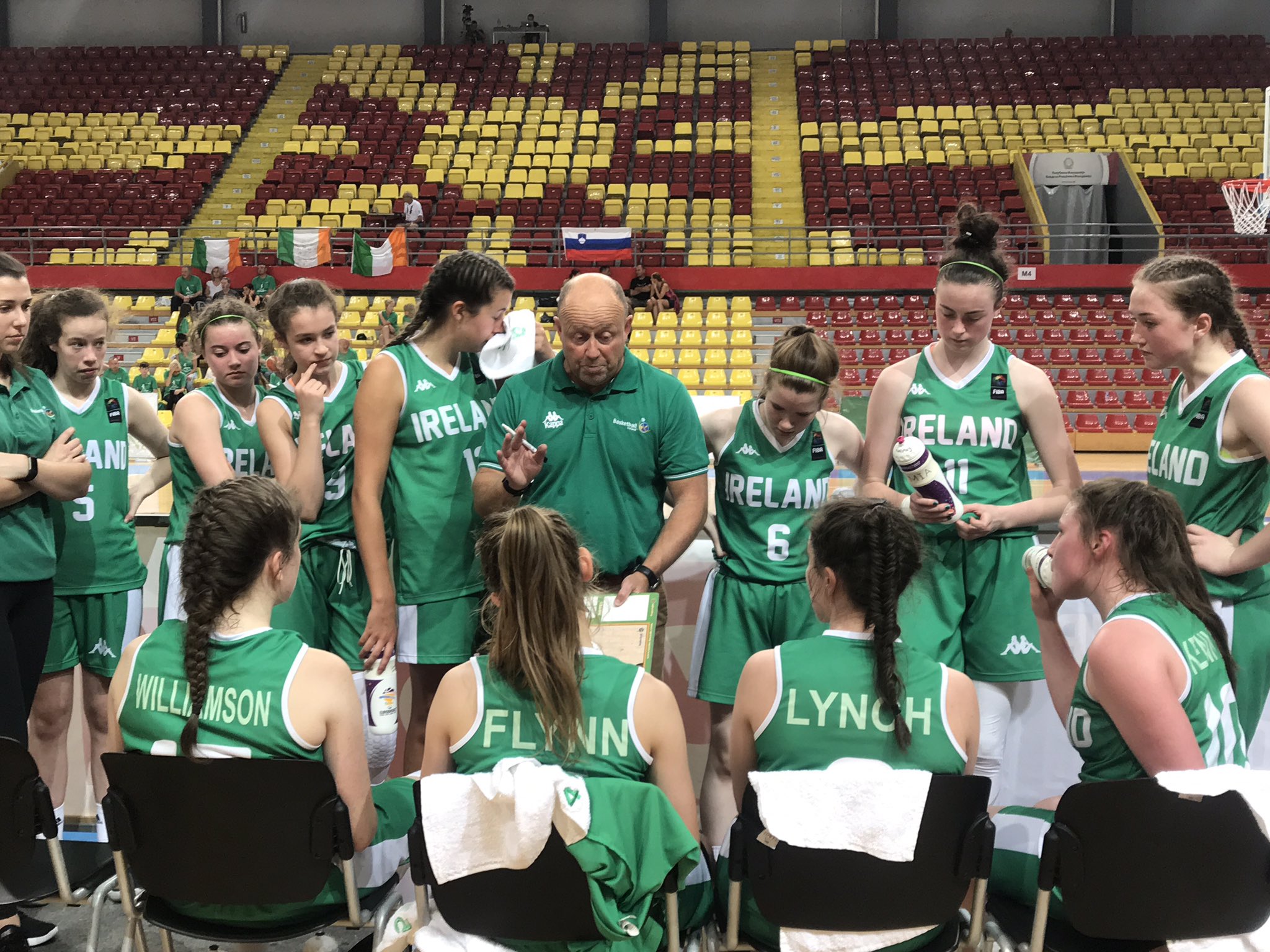 You can view all the results from the summer, including FIBA placings, here.