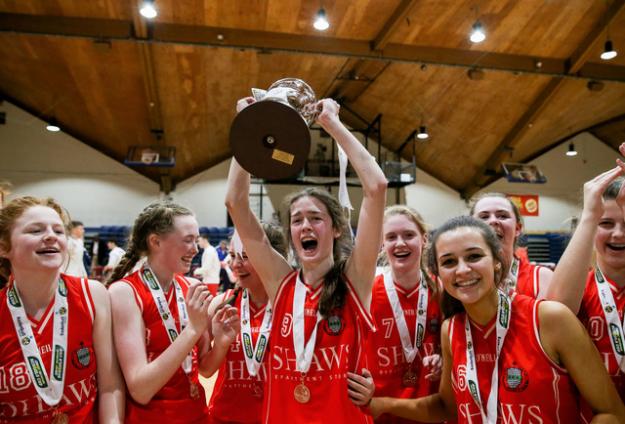 The Under 16 and Under 19 SUBWAY All Ireland Schools Cup finals 2018 will take place at the National Basketball Ireland in Tallaght from next Tuesday, January 23rd to Thursday, January 25th inclusive, with a host of schools across the country competing for top honours.

In the Under 19 A Boys final a new champion is set to be crowned, as St Aidan’s Whitehall – who held the title for the past two years – have been knocked out on the road to the Arena and instead, St Malachy’s of Belfast will face off against Templeogue College in a hugely-anticipated clash on Tuesday afternoon. A number of the Templeogue College team will also feature just a few days later at the Hula Hoops National Cup Under 18 men’s final, while St Malachy’s bring a wealth of experience to the game.

The Under 19 A Girls final will also see a new champion as holders, Holy Faith Clontarf were knocked out of the competition by Colaiste Chiarain, Leixlip, and they will now contest the final against Christ King of Cork.

In the Under 19 B competition meanwhile, St Paul’s Oughterard will go head-to-head with St Vincent’s Castleknock College while the Under 19 B Girls final pits Ulidia Integrated against Loreto Stephen's Green. The Under 19 C Girls final sees Colaiste Pobail Setanta prepare for battle with Carrick On Shannon Community School.

At Under 16 level meanwhile, there are also a number of interesting battles in store, with the Under 16 A boys final seeing a much-anticipated final between St Mary’s CBS The Green Tralee and St Malachy’s Belfast. Reigning Under 16 A Girls Cup champions Scoil Chriost Ri of Portlaoise will be hoping to defend their crown when they face off against an experienced Crescent Comprehensive.

Under 16 B Boys final meanwhile sees Colaiste Einde Galway and Colaiste an Spioraid Naoimh of Cork go head-to-head, while the Under 16 B girls pits Muckross Park College against Presentation SS Tralee.

Finally, the Under 16 C Boys and Girls finals will see Sligo Grammar and St Munchins of Limerick do battle for glory in the Boys final, while Jesus and Mary Gortnor Abbey take on St Colmcilles Knocklyon in the Girls C final. 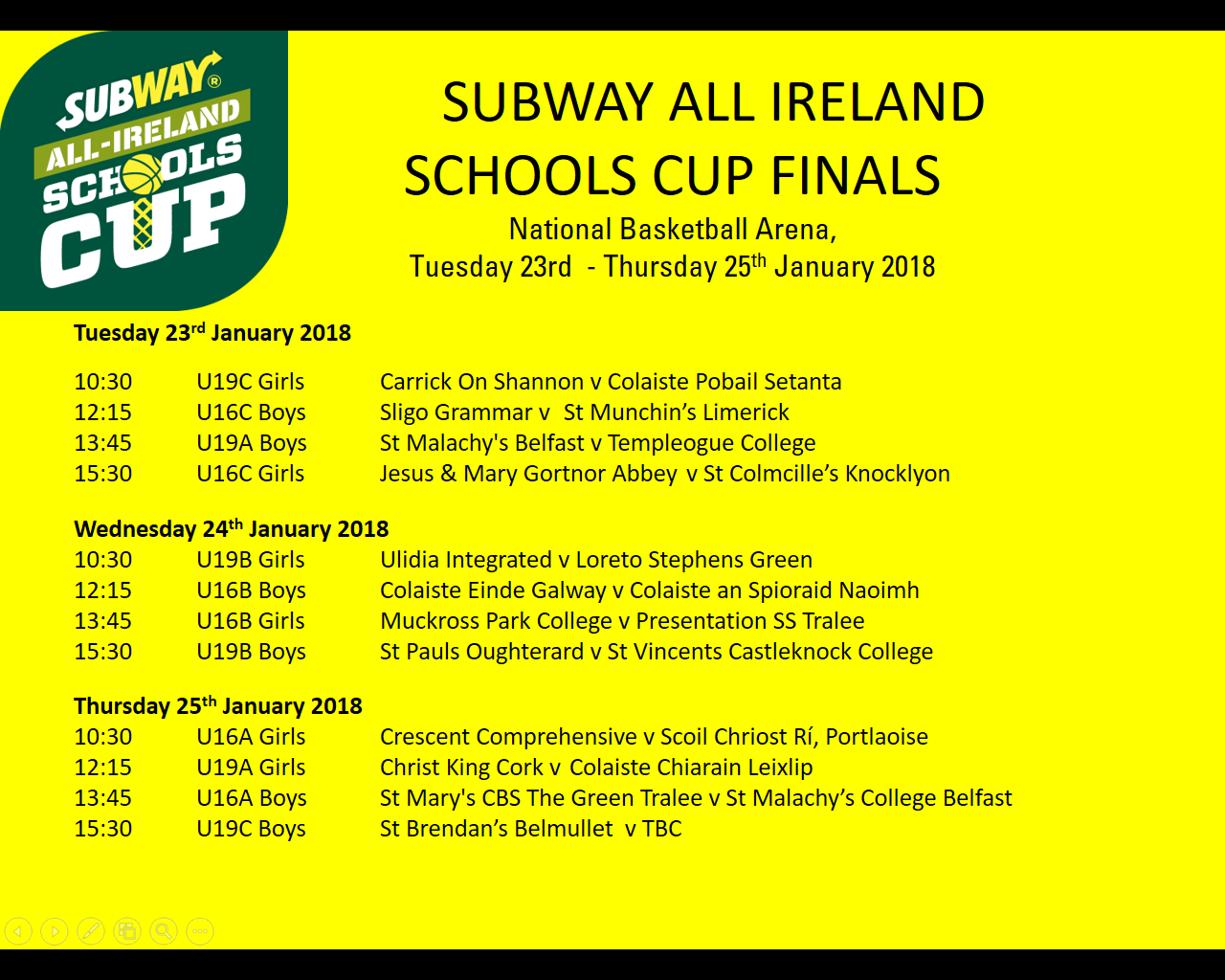