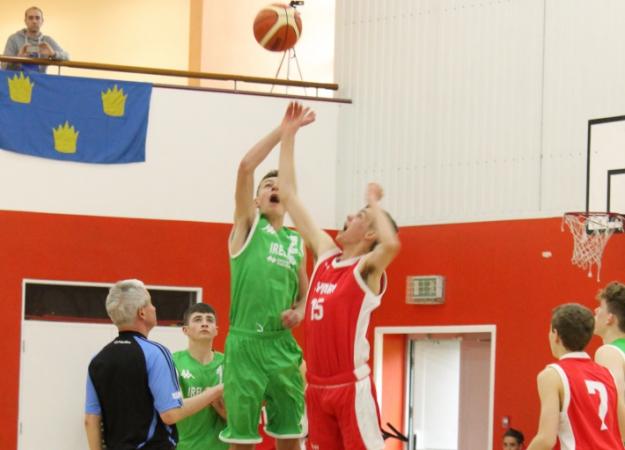 Following the national team training camp at St Mary’s College in Galway last weekend, Ireland U16 men’s head coach, Mike Lynch, has today announced the 18 players who will move forward to the next phase of the programme.

Speaking about the announcement, Coach Lynch stated: “All of our players have worked extremely hard and have shown the enthusiasm and dedication required to play at this level. For the players who have not been selected to move on to the next stage, I wish to thank them for their time and dedication to the programme. I urge these players to continue developing their game and hope that their time on the programme and playing at international level will be enough motivation to try out for another Irish programme in the future.

“In March we travel to Denmark to play a series of games against their U16 team as part of our preparation for the Euros. We are going to the Euros to compete and build on the successes of last year’s squad’s achievements. We have a lot of hard work to put in between now and then, but this is a very determined and hard working group of players.

“The management team and I would also like to extend a word of thanks and gratitude to all the players’ parents who have shown great support throughout the programme. Special word of thanks also to our team sponsor, Iarnród Éireann and the EPC for their continued support.”