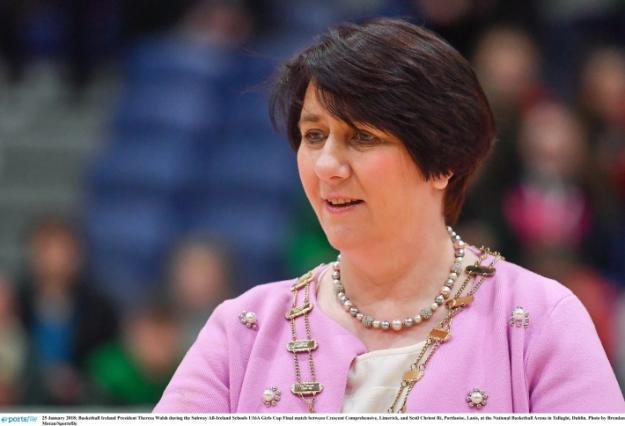 Theresa was first appointed President in 2016, taking up the position on June 11th, 2016 following the Basketball Ireland AGM. On assuming the role, she became the second ever female president and the first in 27 years since Mary Baneham.

Speaking about her plans to run for another term, Theresa stated: “It is with great pleasure and enthusiasm that I wish to be a candidate once more for the President of Basketball Ireland for the next two years.

“The support that I have received throughout the country in my current term has been overwhelming, for which I sincerely thank you all, and I have done my utmost to represent Basketball Ireland both at home and abroad with dignity and professionalism at all times.

“We have had many successes to date and, with good decision making, can continue to bring our sport to the next level. This cannot happen overnight though and it is thanks to the hard work, help and enthusiasm at grassroot level - at clubs, schools and colleges, as well as our technical members and all the professional staff that basketball continues to grow and succeed in Ireland. “

Nominations for the role of President of Basketball Ireland open on April 1st, 2018 and will close on May 1st, 2018.