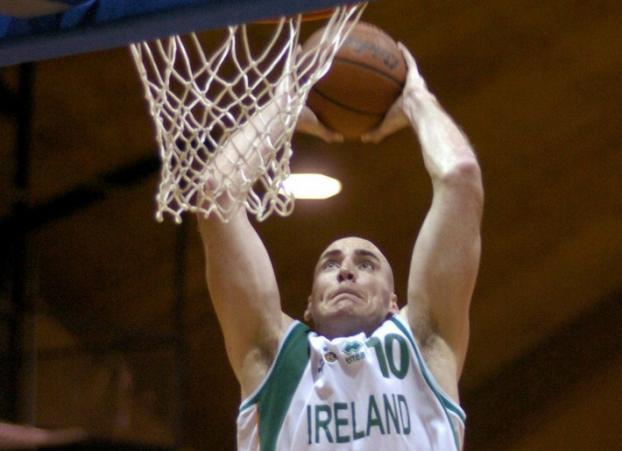 Pat Burke will be the guest coach at the inaugural Basketball Ireland Academy residential camp this April.

The camp, which will take place from April 3rd to 5th at Gormanston Park, will see all seven academy regions along with their coaches in attendance.

Born in Dublin, Pat Burke has the distinction of being the first Irish–born player to ever play in the NBA. During his nine-year professional career in Europe, Pat captured an incredible six Championships. Having played for some of the top clubs in Europe such as Tau Ceramica (Spain), Panathinaikos (Greece), Real Madrid and Khimki BC (Russia), Pat also earned two contracts in the NBA with Orlando Magic (2002-03) and the Phoenix Suns (2005-07). Burke also represented Ireland at senior level multiple times, and served as a co-captain.

Today, Pat directs Hoops Life, a non-profit organisation that provides youth with an opportunity to gain valuable experience in character building, leadership skills, and self awareness that extends off the court.

Announcing the visit, Pat commented: "Since retiring from playing professionally, I have invested my time in developing effective youth programs through the sport of Basketball and the European "club" model. Our HOOPS Life Basketball club is impacting hundreds of local youth, and generating a positive impact with everyone involved. Over the years, Irish basketball has been on my mind. The senior men's national team experience was a great honor in representing Ireland and now, it is exciting to be a part of conversations on how we can be a part of basketball in Ireland and assist youth. I am excited about this trip and the experience ahead."

Speaking about the announcement, Secretary General of Basketball Ireland Bernard O’Byrne stated: “The CPSU Regional Acadamies have been an outstanding success this year and have begun to lay a foundation for great things in the future. Having Pat Burke as our guest at the first Regional Academy Camp is the cherry on the cake, and all those in attendance will gain greatly from his input. We welcome him and really thank him for making himself available.”

The CPSU’s Rachel O’Connell was also thrilled with the announcement stating: “We are delighted to welcome Coach Pat Burke as a guest coach to our annual inter regional Academy camp in April. We are very excited to have Coach Burke working with our elite academy players, from all seven regions, during the three-day camp. We are keen to learn from his vast experience in elite player development.”

CPSU committee member Pat Price is also looking forward to welcoming Pat Burke to the training camp: "Pat runs a terrific programme in Florida, and his historical links with Irish basketball are well known. Pat was excited to hear about the progress of the development academies, and we are delighted that he is offering his expertise towards this project. We're excited to work with Pat and Niall Berry over those few days and going forward."

The camp will get underway from April 3rd, with approximately 320 players and over 30 coaches from across Ireland in attendance.