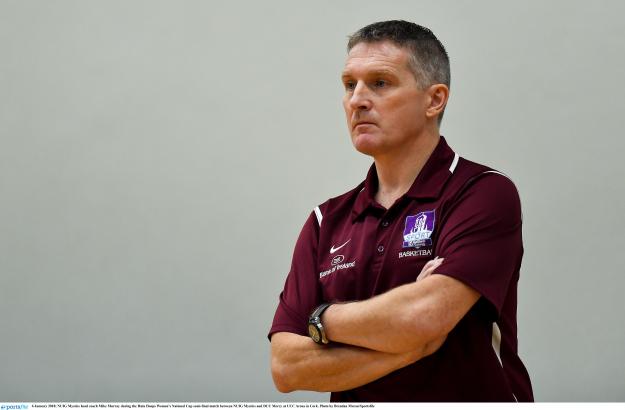 Head coach of NUIG Mystics, Mike Murray, has this week been appointed to the backroom team of Pete Strickland’s Ireland Senior men’s team.

Murray has been appointed as team manager for the squad, who are currently preparing for the FIBA European Championship for Small Countries, which will take place in San Marino this June.

Speaking about the news, Mike said: “It’s a real honour to be appointed as team manager for the Ireland Senior men’s team and I’m really looking forward to working with Pete, Ioannis [Liapakis] and the rest of the team in the coming months. Preparing for European Championships is very exciting and I’m extremely honoured to be part of it all.”

Coach Strickland added: “We are ecstatic to have Mike join us as our team manager for this championship season. Mike has been dedicated and devoted to the game of basketball as a stalwart player, a successful coach and a caring administrator. I’ve no doubt that his involvement with our senior men’s squad will enhance all that we do.”