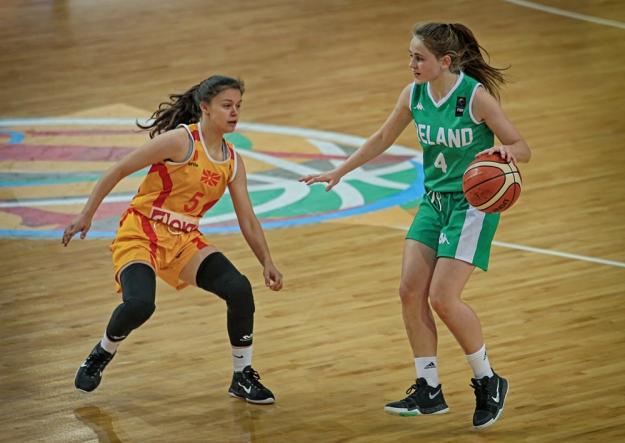 The Elite Performance Committee (EPC) at Basketball Ireland has today announced the appointment of two coaches to the roles of Ireland U16 Women’s head coach and Ireland Under 16 Men’s head coach. The newly appointed coaches will take up their positions on September 1st, 2018 on a rolling appointment.

Andy Gill has been appointed as the Ireland Under 16 Women’s head coach. Andy was head coach of the Ireland U16 team last summer, and is currently assistant coach to Karl Kilbride for this year’s squad.

Speaking about the appointment, Coach Gill stated: “I feel very honoured to be appointed to the role of Ireland Under 16 Women head coach. My involvement in underage international basketball has been a highlight in my coaching career and I look forward to being part of Irish basketball’s continuing development. The game is on an upward trajectory and systems are being put in place to support our recent successes. It really is an exciting time to be involved.”

Pat Price has been appointed as the Ireland Under 16 men’s head coach after a very successful summer with this age group last summer.

Speaking about the news, Coach Price said: “I’m honoured to have the opportunity to work with our next Under 16 squad. It’s a critical area of development for Irish basketball and I’m looking forward to the process.”

Also speaking about the new appointments, chair of the EPC, Bernard O’Byrne said: "We were very pleased with the standard of applications for these positions and believe we have appointed two very strong accomplished coaches to these important roles. We thank all those who applied, we are sure we will be talking to them again in the future. We wish Andy and Pat every success and will be working closely with them."