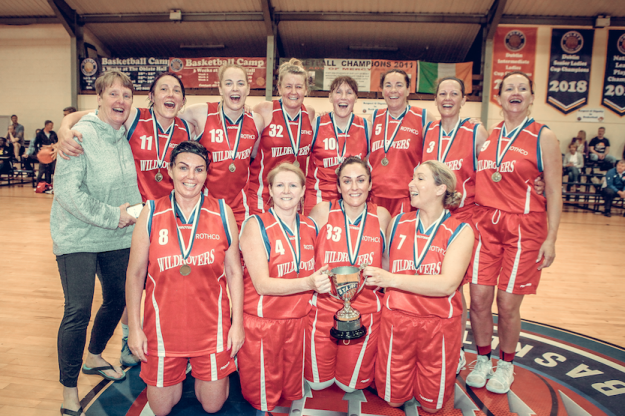 The sixth Dublin Masters international basketball tournament was a hugely competitive and successful event this past weekend.

Action tipped off on Friday night with extremely close games from some of the main contenders in the Over 40s. Portland Oregon overcame defending champions St Declan’s by one point, followed by Domzale Retro from USA beating Checkmate Knights also by one point, with former NBA player Anthony Bonner among their starters, while Team BNAF beat new master’s outfit 78ers by three points. 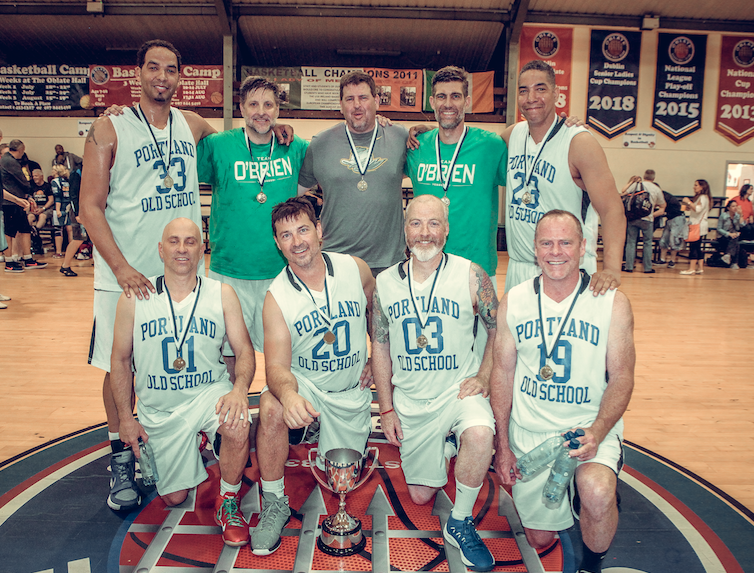 In the Ladies Over 40’s, Oblate Dynamos almost caused a big upset having led tournament favourites Wild Rovers going into the final quarter, but the extra bench strength on the Rovers’ team and tiredness for Oblates got Wild Rovers over the line in their bid to win their 5th title in a row. There was a big upset in the other semi-final with Mustangs, led by the superb Siobhan Kilkenny, beating a very talented Edinburgh side by 4 points. However, the energy used in that win took its toll in the final and eventually Wild Rovers built a lead and secured their 5th Joe Kavanagh Cup in a row.

The Over 40 men’s semi-finals saw Portland v St Vincent’s and BNAF v Domzale Retro. In a close game, Portland overcame Vincent’s, while BNAF accounted for a talented Domzale team. The final was a tight affair with neither team able to establish any sort of lead. Every point was hard earned and every play on defence hard fought. With the game tied going into the last few seconds, a foul put Portland on the line. One of the two free throws were made with three seconds on the clock and it was good enough to give Portland the Tom McLoughlin Cup on their first trip to the Dublin Masters. 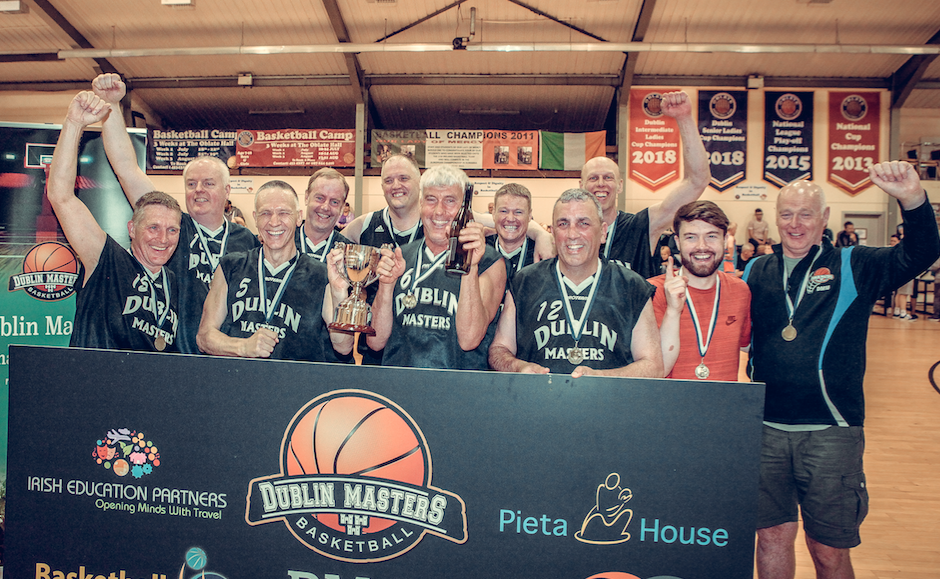 In the Men’s Over 50s, newly-formed team DM Ballers took on Inchicore in the final with DM Ballers coming out winners on the back of a super team performance to win by 9 points and put their name on The Mick Brew Cup.

Overall it was a hugely enjoyable weekend and there’s no doubt that the standard of Masters Competition is improving every year.