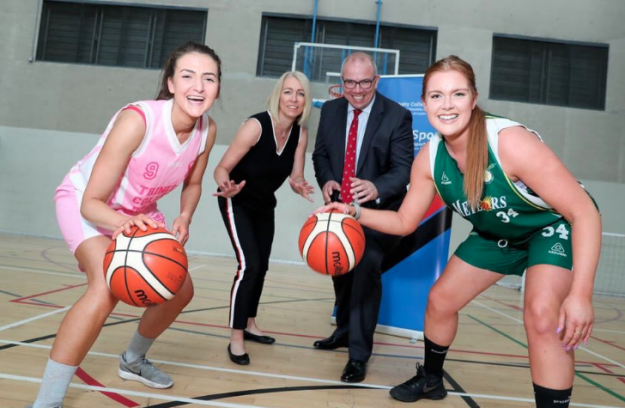 Meteors Basketball Club and Trinity College Dublin have this week announced a strategic partnership, which will see the Meteors Women's Division One team compete as Trinity Meteors for the 2018/19 season.

The team will move their home games from Colaiste Iosagain in Stillorgan to Trinity’s Sports Centre and, as part of the new partnership, will also have access to the world class sports science facilities on site in the college.

Speaking about the partnership, Head of Sport in Trinity Michelle Tanner commented: “Trinity are delighted to be partnering with Meteors to support the growth and development of the sport within Trinity and the wider community. In particular we are excited that this will undoubtedly strengthen women’s basketball at the top level and attract students and spectators alike to our wonderful campus.”

Meteors Chairman John Keane added: “This partnership is very a significant step for Meteors Basketball Club and, I believe, the basketball community. To have such a prestigious and internationally recognised university associated with basketball on the national stage will only assist in the further development and growth of the game. It is important for us as a club to align our strategic vision with that of Trinity College to establish the necessary development pathways to strengthen the club but also to provide the necessary supports to meet our Super League aspirations.”

The club had more big news this week with the appointment of Vinnie O'Keeffe as the head coach for the team for next season.

Meteors basketball club along with Trinity Sports are delighted to announce the appointment of Vinnie O'Keeffe as coach for the new Trinity Meteors National League Team.
Vinnie's background is as a top player with DCU Saints and also as an International player.