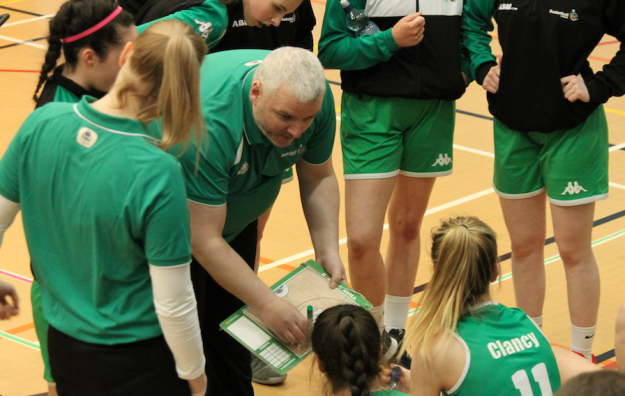 The Ireland Under 18 Women’s team was in Nantes this weekend to take part in the prestigious Rezé tournament.

It was the 30th anniversary of the tournament this year and some great teams are competing. Ireland faced Poland and Argentina in their pool games and China in their final game on Sunday.

Ireland: 48
A very tough opening game for the Irish ladies at the Reze Tournament in France saw them face Poland.

Ireland started well with Finn, Maguire, Power-Cassidy, O’Seaghdha and McCloskey, but a few early fouls quickly took the team out of their rhythm.

Poland moved the ball well and forced some turnovers. They used their size well and got some second looks that they converted and that allowed them to pull away by half time. Williamson, Clancy, Nealon and Tunnah all contributed well while on the court. A better second half saw Ireland get more to grips with the game and their intensity told, reducing turnovers while forcing more contested shots.

Speaking afterwards, head coach Patrick O’Neill said: “It is a tough time to play this tournament but we couldn’t turn it down. The quality teams and chance to play some other A nations is a fantastic opportunity.

"We were missing three players due to them finishing their Leaving Cert and showed we were a bit rusty with the exam break, but a better second half saw us up our intensity and that is good going into the next game against Argentina. Our focus is on using these games to move forward.”

Ireland showed a much improved performance tonight, taking the world number 12 U16 team from last year to four points in a cracking game.
Argentina started well and Ireland took a few minutes to settle into the game. As the half progressed Ireland’s defensive effort progressed and they held Argentina to just 11 points in the second quarter. Finn, Maguire, Power- Cassidy, O’Seagdha & McCloskey started again tonight, they were ably assisted by Williamson, Clancy, Murphy, Phelan, Tunnah & Nealon in a low scoring first half 28 - 31 to Argentina.
The second half was exciting with the lead closing to just three points on two occasions but Argentina found a way to hold out. Dayna Finn was in exceptional form ending the game with 25 points, 9 rebounds, 4 assists and drawing 12 fouls. Nicole Clancy had 10 points, 2 steals and drew 7 fouls.
An exciting finish saw just three points in it with 35 seconds to go but Ireland unfortunatley couldn’t get that last shot to drop.
Coach O’Neill said afterwards “a much improved performance from yesterday. I am really happy with the defensive effort we showed and how we were more aggressive offensively. We spoke before the game about building up from where we finished yesterday and the ladies took that to heart. The support from our host families was intense and felt like a home crowd. With Mali not getting to the tournament, we have tomorrow off but will be playing either China or Belgium on Sunday depending on results tomorrow in the other group.” 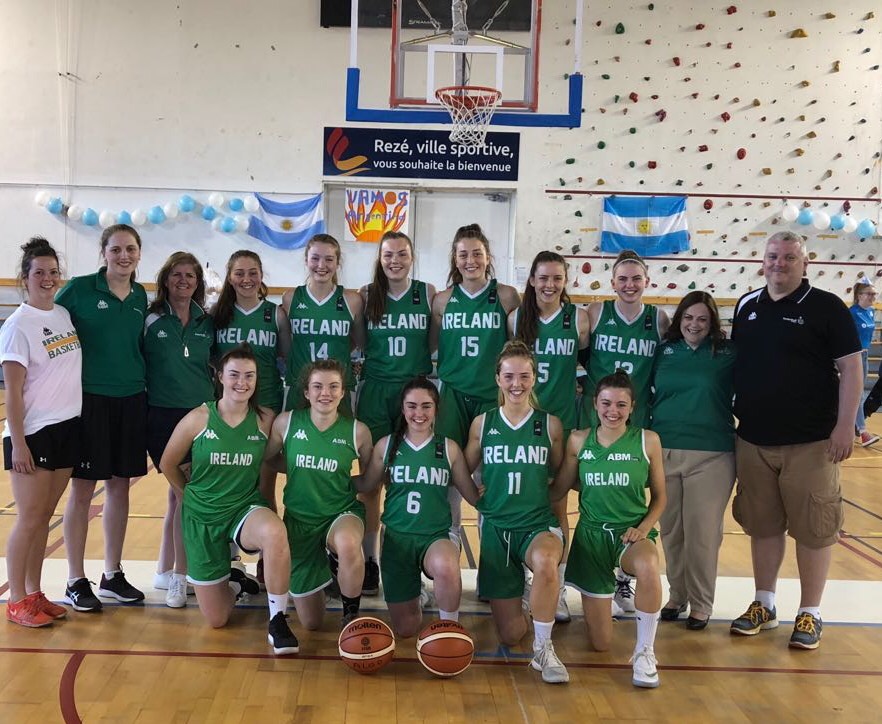 China: 82
Ireland played the world number nine ranked U16 team from last year who are in Europe prepping for the U17 World Championships in their final game of the Rezé tournament on Sunday.

China started with a hot hand, hitting 3’s and some slick execution on offence to take a nine-point lead at the end of the first. A slow second quarter for Ireland offensively meant that lead doubled to 18. Half time was welcome as the team needed to adjust and refocus.

A revitalised effort on the defensive end saw China held to just four points in the first five minutes of the third and more rhythm offensively saw Ireland shade the third by one. Ireland came out blazing in the fourth forcing turnovers and converting on the other end. The lead was reduced to nine points, but as hard as the team worked, they couldn’t get it down any further. It finished with China winning by 11 points - 82-71.
Coach O’Neill said afterwards: “This has been a fabulous tournament, we have bonded more as a team and these games will really stand to us as we move towards the Euros. China are a very structured team with threats both inside and out and this was a great challenge for us. We have gotten better each game and that was our focus on coming here. With a training camp in Belfast in less then two weeks and an eight day trip to Portugal and Luxembourg to play the hosts, Denmark and Great Britain, it will be a busy July in prep for the Europeans. “