PREVIEW: It's a game of fine margins for Ireland this evening 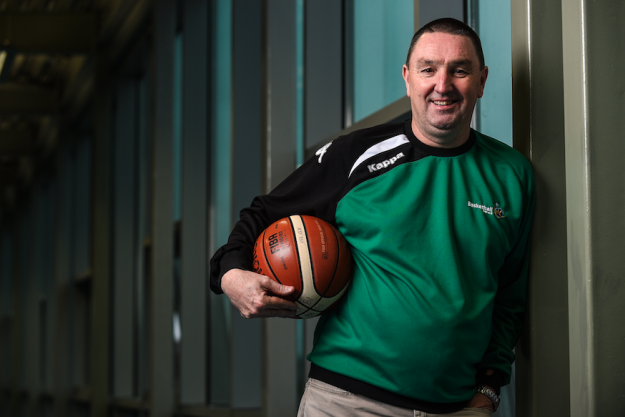 Game day has finally rolled around much to the delight of Ireland senior women’s team head coach, Mark Scannell, and his charges as they tip off against Norway in the opening game of the FIBA Women’s European Championship for Small Countries this evening at 6.15pm.

For Scannell and his squad though, an interesting clash lies in store this evening as a relatively unknown Norway side will line out against them at the Mardyke Arena UCC, and for the decorated head coach, tonight’s game is the vital one for this team.

“We’re in good shape now,” he began, “And we’re ready to get going. From the time the draw was made, we were always under pressure as we’re one of the favourites no matter what, and the fact that we’re at home probably adds to that. It’s a good pressure, though, we’ve embraced it and now we just have to do our job.

“Norway is a difficult one for us as it was hard to find anything on them, but with a tournament like this, we’ll learn as we go. They’ll be a good team, they’ll be well organised and they’re not coming here just to make up the numbers.”

Coach Scannell added that home support is what’s really needed tonight in that opening game tip off: “It’s all about momentum and in times in sport, particularly when you’ve three games in a row, people might look at the first game and think ‘ah we’ll wait and see how the team get on’, but we really need people for the first game,” he said.
“The first game is our most vital game if we can win that, it kind of sets up the tournament for us – everything is in our own hands then. Should we not do that in the first game, we’re under pressure then – Luxembourg becomes a huge game then, and obviously Cyprus the next day.
“In a tournament like this there’s not much room for error – the margins are very tight. I would encourage people to come down, the girls are looking forward to playing and hoping for a roaring crowd. Our games are at a great time – after work at 6.15pm – and it’s an opportunity for people to come and see some great basketball.”

NOTE – All games will be played at the Mardyke Arena, UCC, Cork

No games – rest day for all teams