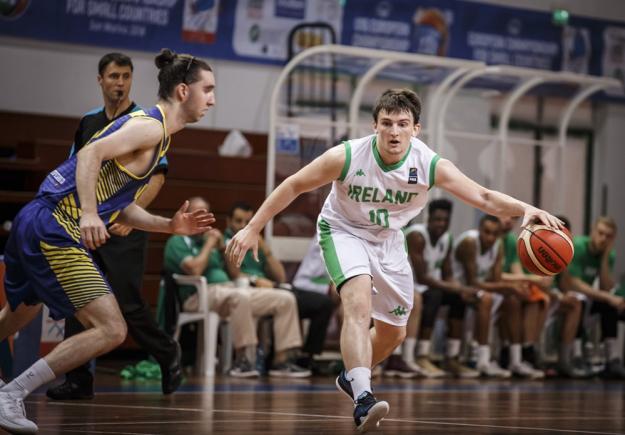 Ireland booked their place in the semi-final of the FIBA European Championship for Small Countries in a highly tense victory over Andorra, 63-56 in San Marino this afternoon.

A late comeback from Andorra sent the game right down to the wire, but Ireland pulled through with the help of captain Ciaran Roe, who performed excellently in the dying stages.

In the early stages, it took both teams a short while to find the target, as the game started at a ferocious pace. Ireland soon built an early lead thanks to big-time shots from Jordan Blount and Taiwo Badmus. Both Lorcan Murphy and Travis Black were accurate from three-point range as Ireland dominated the quarter 19-8, with 15 of these 19 points from Blount.

Ireland started the second quarter with the same energy as they finished the first, with Murphy and Badmus making big scores for the boys in green. Andorra's turnovers allowed Ireland to counter and finish on the fast break and they built their lead to 34-16 by half time. 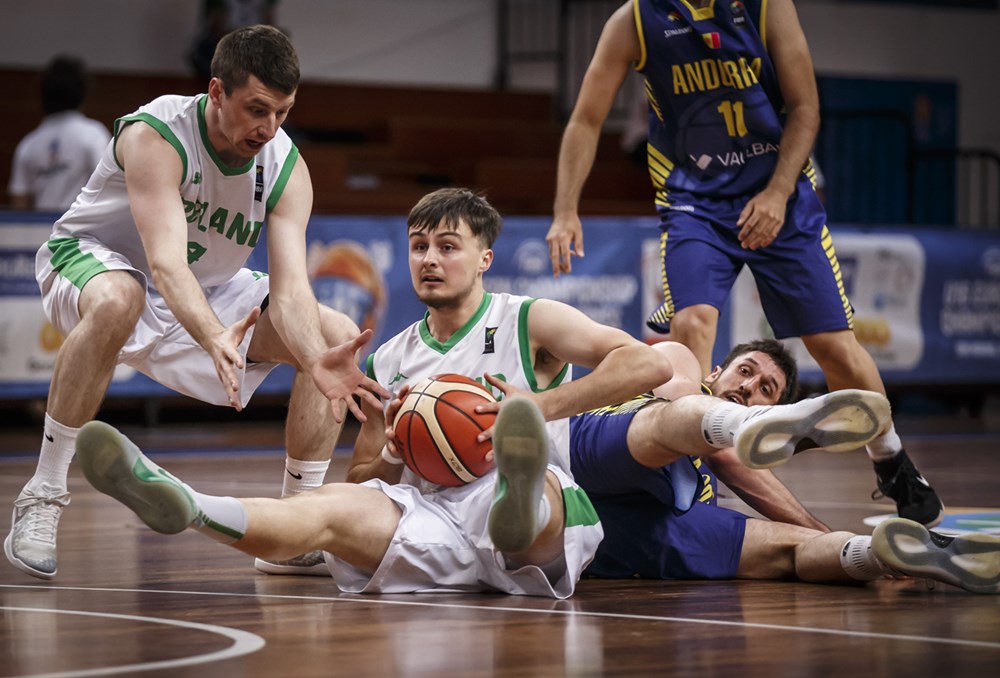 Ciaran Roe started the second half well for Ireland as he exploited gaps in the Andorran defence to make skilful scores. Andorra were able to claw back at Ireland though, as they hit a couple of threes in a row to force Pete Strickland to call a timeout and regroup his team. Ireland finished the quarter strongly, with a three from Black, to lead 52-34 going into the last.

The last was when momentum swung in Andorra's favour however and some early scores from their talisman Guillem Colom closed the gap somewhat. Andorra went on a run of unanswered scores to bring Ireland’s lead right down to four points, and the Irish went from cruising comfortably to under severe pressure. An intense, final two minutes followed, by Roe settled the nerves adding two vital points from the free throw line followed by a clutch drive to the basket to secure the victory for Ireland, 63-56, and book their place in the semi-final of the FIBA European Championship for Small Countries.

Speaking afterwards, head coach Pete Strickland praised his captain, Ciaran Roe: “Today we lost a bit of momentum but our captain came through. That’s what captains are meant to be and meant to do, and Ciaran Roe was just dynamite down the stretch.