RECAP: Tough defeat for Ireland men as they lose to Norway 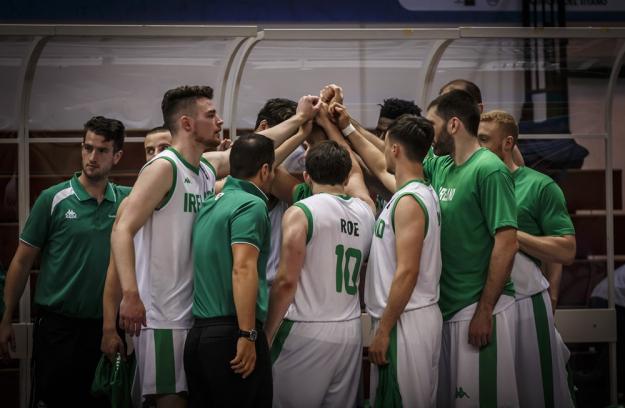 There was heartbreak for the Ireland senior men’s team this evening as they lost out at the death to Norway in a thrilling semi-final showdown in the FIBA European Championship for Small Countries in San Marino.

Pete Strickland’s charges were almost on target to cause a major upset against the tournament favourites, but superb defense by the Norwegians in the dying 40 seconds kept the boys in green from some vital scores, and they held on to stretch out the lead from the free throw line to win out 83-73 in the end.

Stand out performances from Templeogue’s Lorcan Murphy and Belfast Star’s Keelan Cairns were just some of the highlights in a game that had everything, but unfortunately, it just wasn’t to be for the boys in green and they now go on to a bronze medal play off tomorrow against the losers of the other semi-final (Malta or Gibraltar).

Ireland got off to the best possible start as Keelan Cairns scored straight from tip-off. Norway were quick to respond with a couple of threes but Ireland’s Travis Black nailed two threes in a row to have Ireland up at the end of the first quarter, 20-15.

The second quarter is where things turned awry for the boys in green. They began to slip up on defence and Norway took advantage and hit multiple three-pointers in a row, may of which by their talisman Harald Frey. In total, Norway hit seven three-pointers in the first half as they lead Ireland, 31-48 at halftime.

Ireland came out rejuvenated in the second half as Cairns hit a couple of threes in a row. Norway still caused problems as their fast-paced offence lead to quick scores. Ireland did a great job of using their bodies on offence to draw fouls and quickly get Norway into foul trouble. Lorcan Murphy converted an and-one to claw back at Norway’s lead and the deficit was down to ten at the end of the third, 55-65.

Both teams came out in the fourth quarter with the same intensity as the previous three. Norway continued to hit shots and Ireland moved the ball well. Ireland’s Taiwo Badmus had a ferocious dunk to swing a bit of momentum in the way of the boys in green. However, Norway were able to stay those few points ahead and cling on to victory 73-83.
A disappointed Coach Strickland said: “We really lost the game in that four or five minute stretch at the end of the first half. We got anxious defensively and made some unwise foul decisions, but I’m so proud of how my guys came back and fought, and we will go hard for the bronze medal tomorrow.”