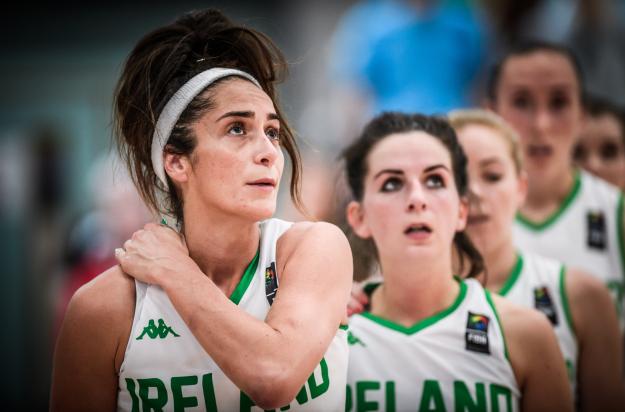 It’s the final day at the Mardyke Arena UCC in Cork tomorrow, with just four more games to be played in the 2018 FIBA Women’s European Championship for Small Countries, while the fixture for the Ireland senior men’s bronze medal play off in San Marino has also been confirmed.

The boys in green will be hoping to reach the podium tomorrow afternoon, as they go head-to-head with Gibraltar at 1.30pm (Irish time). Pete Strickland’s charges lost out to Norway in a gripping semi-final on Saturday afternoon, and they are hoping that tomorrow’s game will see them go one better than their fourth place finish in 2016.

In Cork meanwhile, the Ireland senior women’s team will contest the 5th/6th place game with Cyprus at 3.15pm. The girls in green overcame Cyprus on the last day of the group games but head coach, Mark Scannell, said they won’t be taking anything for granted going into tomorrow’s clash.

“Cyprus gave us a tough game the other night, and they missed a good few shots they probably would have normally made, so we won’t be taking them for granted at all,” he said. “It’s going to be a hard game tomorrow and we just have to make sure that we’re tuned in and if we do that we’ll be okay.”

The remaining fixtures for the Mardyke Arena UCC have also been confirmed, with the day’s action getting underway at 1pm with the 7th/8th place classification game between Gibraltar and Moldova. Gibraltar had the better of the exchanges in the group game, but Moldova will be hoping that tomorrow’s game will bring their first win of the tournament.

After Ireland’s game, it will be the turn of Norway and Malta who will do battle for bronze at 5.30pm, while the big final showdown between Denmark and Luxembourg will tip off at 7.45pm.