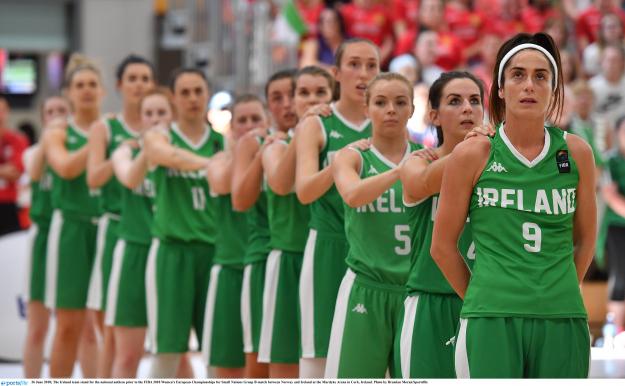 It's the final day of action at the 2018 FIBA Women's European Championship for Small Countries at the Mardyke Arena UCC in Cork and there's an action-packed day of games ahead.

The Ireland senior women's team will be hoping to make it three wins in-a-row this afternoon as they prepare for a 5/6th place classification game with Cyprus.

The two sides went head-to-head on Thursday evening in the final group game of Group B and it was Ireland who came away with the spoils - and their first win of the tournament - as they kept their cool down the stretch in the face of staunch Cypriot pressure to hold on and win.

Looking ahead to this afternoon's clash though, head coach Mark Scannell knows that Cyprus can not be underestimated.

“Cyprus gave us a tough game the other night, and they missed a good few shots they probably would have normally made, so we won’t be taking them for granted at all,” he continued. “It’s going to be a hard game tomorrow and we just have to make sure that we’re tuned in and if we do that we’ll be okay.”

Ireland's Claire Rockall also looked ahead to the game after the team were resounding winners over Moldova on Saturday.

The full day's fixtures are listed below. Tickets are available now here: https://bit.ly/2KzAZrv