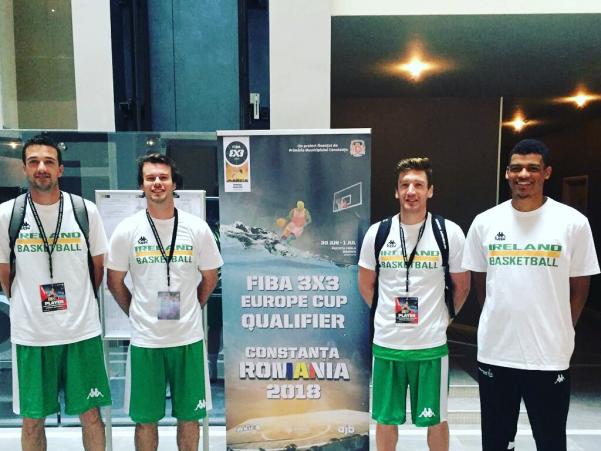 The Ireland senior men's 3x3 team will face Spain in today's quarter-final clash in Romania it has been confirmed.

The boys in green started off their FIBA 3x3 Europe Cup qualifying campaign on Saturday morning, losing out to Croatia in the opening game before a huge team display and some big shooting from Stephen James in the second game saw them run out 18-14 point winners over Germany.

They had to wait until this morning though to see if they had done enough to reach a quarter-final, with the Croatia v Germany game still to be played. Croatia took the spoils in that decider to ensure Ireland went through in second place in the group.

The team now face Spain who are ranked seventh in the competition and speaking about the campaign so far, Matt Hall stated: "It was a great performance by the lads yesterday to beat Germany and then go on to qualify for the knock out stages today. Spain are going to be a tough test for us, but if we can make shots and play as well as yesterday - anything is possible."

Tip off time is approx 5.20pm this evening.

You can tune in live here: https://www.youtube.com/watch?v=bZ1vEmNOxb4&feature=youtu.be