Ireland Under 18 women to travel to Portugal 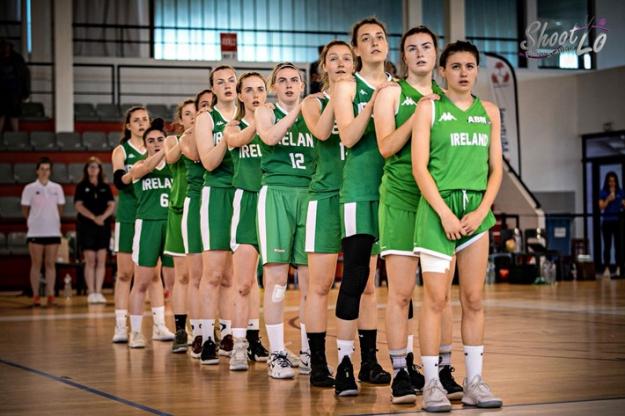 Preparations for this year's FIBA Under 18 Women's European Championship Division A in Italy continue this week for the Ireland Under 18 women's team, as they travel to Portugal this weekend to face hosts Portugal and Denmark in a two-game international friendly series.

Speaking ahead of this week’s games, head coach of the Ireland Under 18 women Patrick O’Neill said: "We are coming into the final phase of our preparations for Italy.  After a great four-day camp in Belfast where we worked hard as a team and grew together, it’s now time to translate that on to the court. Everyone is excited to get more internationals games under their belts, and we have a busy series of games in the next ten days. This will allow us to fine tune our preparations, as well as replicate some of the conditions we will face at the euros. "

Also looking forward to this week’s tournament, Ireland Under 18 Women's assistant coach Suzanne Maguire stated: “This week is a very important part of the preparation process, with less than three weeks out from the Europeans. The Under 18 women will be looking to build on lessons learned from our previous games, and at this stage, there is no better training than playing. It’s a big test for us, but everyone is looking forward to it.”