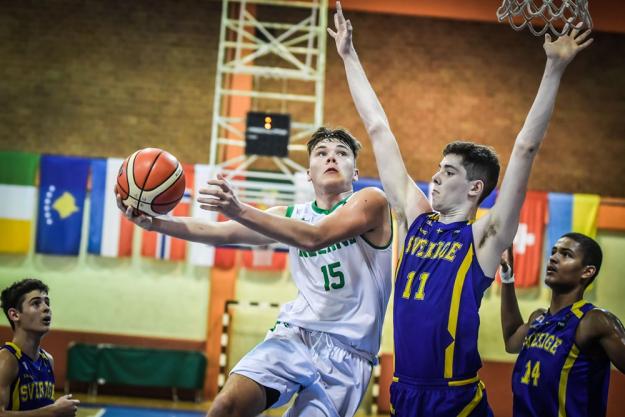 The Ireland Under 16 men’s team face a big battle against Group A leaders, Romania, tomorrow (Monday, August 13th) at the FIBA U16 European Championship Division B in Sarajevo.

The Irish come into the game off the back of a win against Luxembourg and two losses against Great Britain and Sweden in their opening group games. Romania meanwhile are top of the group with three wins from three games and are one of the favourites to go far in the tournament.

Looking ahead to the clash, Ireland Under 16 men’s head coach Mike Lynch said: “ “Last night we had a disappointing loss to Sweden. It was a game we felt we could have won, and we had our chances to do so, especially in the last quarter. Today on our rest day we are regrouping and refocusing. We know we have a tough game against Romania tomorrow – they are top of our group and are three from three. We have looked at all the game tape and we know this is going to be a challenging game, but we will have the players prepared and ready to play and we’re looking forward to it.”