RECAP: Ireland U16 Women lose out to Israel at #FIBAU16Europe 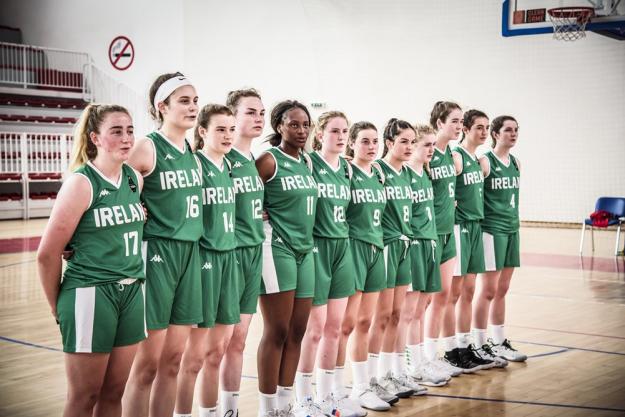 Ireland Under 16 Women missed out on a quarter final spot after they were beaten by group winners Israel, in their final group game at the FIBA U16 Women’s European Championship, Division B in Podgorica, Montenegro.

Both teams started out anxiously and found it hard to get in to a rhythm. Israel took an early lead but Ireland stayed right behind them throughout the first quarter with help from the tenacious Hazel Finn who ran for every loose ball. Scores from Ciara Byrne and Siofra O’Shea kept Ireland in it as they trailed, 8-10, at the end of the first.

The second quarter saw a reinvigorated Israel team attempt to bury Ireland, as they have been doing to teams all tournament. However, Ireland did not give up and continued to play physically and mentally tough, going into halftime trailing, 16-19.

The third quarter saw Israel begin to pull away from the girls in green. Their star player, Roni Zahut dazzled her way beyond the Irish defence multiple times to build a lead for her team. Fatimah Akorede and Byrne were strong on the boards for Ireland but Israel maintained their lead, heading into the final quarter, 22-37.

Hard luck to the Ireland U16 women who were beaten 38-52 by Israel at #FIBAU16Europe #COYGIG #GreenShoots pic.twitter.com/hCzlsrxEKy

Ireland attempted to fight back at Israel’s lead in the fourth. O’Shea stepped up to make big shots for her side along with Finn and Erin Maguire. Unfortunately for the girls in green, Israel continued to force turnovers and score, which lead to Ireland losing out, 38-52.

After the game, head coach Karl Kilbride stated; "We did everything we wanted to do. We put them under pressure, pressed them, forced them to turn the ball over. Unfortunately it was our execution that let us down, we missed eleven free throws in the first half, but we're extremely proud of the performance the girls have given us."