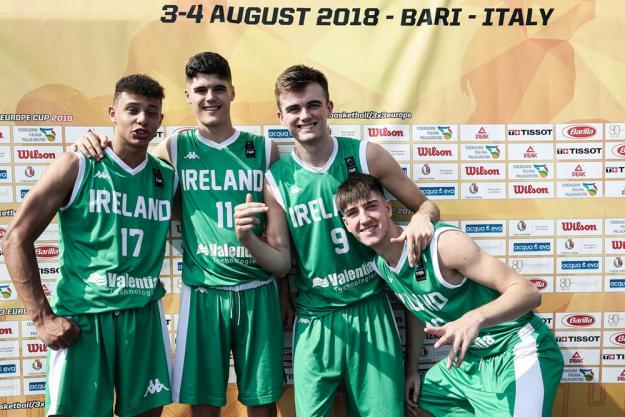 The team are the first Irish men’s team and first Irish underage team to qualify for the Europe Cup and follow on from the success of the Ireland senior women’s 3x3 team in the competition last year.

The boys in green have been drawn in an extremely tough group against France and Russia, but head coach Paul Kelleher stated that they are excited for the challenge that lies ahead.

“The boys have made a huge commitment to this team. They’ve learned a lot - as have I - from our last experience at the qualifiers, and while they did superbly well over there, there were some areas that we knew we had to be better at - and that’s what we have worked at.

“Now, we look sharp, we look ready and all we can do now is give it everything we have, play with no fear and see where it takes us.”

The team’s first game is Saturday at 5pm (Irish time) against Russia, and have a very quick turnaround between games as they go on to face France at 6.30pm.