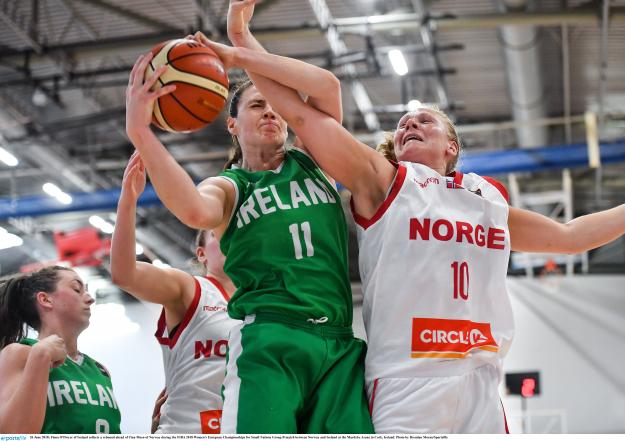 Head coach of the Ireland Senior Women’s team, James Weldon, has today announced a squad of 12 players who will compete at an international friendly series later this summer.

The squad will travel to Estonia for two games on August 27th and 28th, before facing off against Norway in Oslo on August 30th and 31st.

Speaking about the announcement today, Coach Weldon stated: “On behalf of our management team, I would like to thank all the players who put themselves forward for selection. The process of selecting a team, which is always challenging, was made all the more difficult with the standard and level of all the players at the trials. After deliberation, we have selected a formidable team to train and play international games later this summer in Northern Europe.

“I would like to congratulate the 12 players who were selected with a mention in particular to the three new players who will receive their first Irish senior women’s caps. After the games in Norway and Estonia, we will select an extended panel for next summer’s Europeans, with possibly some of the players who missed out this time. It will also include players who have Irish U20 team commitments this summer in the European Championships, which we send our best wishes to, are fully supportive of and will be following closely throughout the tournament. As the season goes on, we intend to monitor the progress of all players who presented for selection and reserve the right to call up players to the squad at any time in preparation for the European Championships in 2020.”