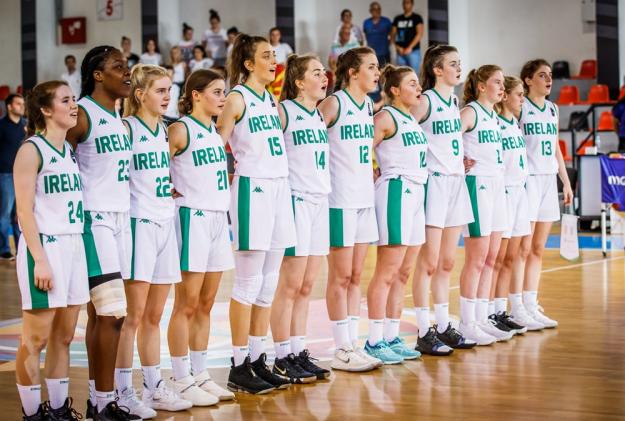 A tough fourth game awaits the Ireland U18 women’s team tomorrow evening [Tuesday], as they face off against fellow table toppers, Greece, in their penultimate group game at the 2019 FIBA U18 Women’s European Championship Division B in North Macedonia.

Both sides come into the clash unbeaten, with Ireland overcoming Austria, North Macedonia and Slovakia in their opening three games, while Greece have had the better of Slovakia, Romania and North Macedonia. Ireland will be looking to key performers including Abby Flynn, Katie Walshe, Katie Williamson, Debbie Ogayemi and Alex Mulligan to perform on the night, but will need to close down the threat of Greece’s inside powerhouses, Ioanna Chatzileonti and Cynthia Ezeja, as well as guard, Ioanna Krimili.

Looking ahead to the clash, head coach Tommy O’Mahony stated: “The team has done really well up to now. Tomorrow is going to be another tough test, but we’re really looking forward to the battle ahead.
“Over the last three games, we have shown different qualities that have gotten us this far, and we will need all those again on Tuesday night. We can’t wait for the game though, it can’t come quickly enough for us.”
The game tips off at 8pm (Irish time) on Tuesday, July 9th, and will be streamed live on Basketball Ireland’s Facebook page and FIBA YouTube channel. Live updates throughout the game can also be found on Basketball Ireland’s Twitter page, @bballirl.