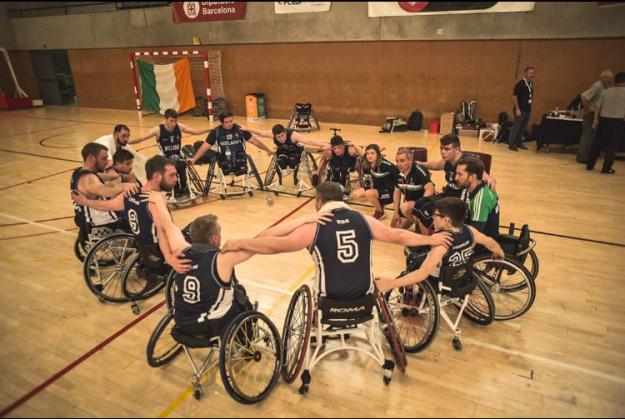 The Irish Wheelchair Basketball senior men’s team will travel to Sofia, Bulgaria this week to tip off their European Championships Division C campaign.

Games will run from July 29th to August 3rd and Ireland has been drawn in Group B alongside Serbia and Greece, with their first game tipping off on Wednesday, July 31st.

Looking ahead to the tournament, head coach Valene Ryan stated: “I have been involved with the International setup since 2014, first as the team manager and then I took over as Head Coach in 2018. My coaching philosophy is based on respect and positive reinforcement. I reviewed the team dynamic in 2018 which consisted of making changes to re-form the culture. Our culture has been set by the team and is based on respect, positive attitude and hard work.

"I can honestly say I am honoured as a coach to have the players that have been selected onto the squad to work with. A team is tested during its tough times. These players have gone through ups and downs which does not deter them but makes them resilient. We look forward to striving towards our goals set for this year’s championships. Whatever the end result, the journey is what matters not the destination."