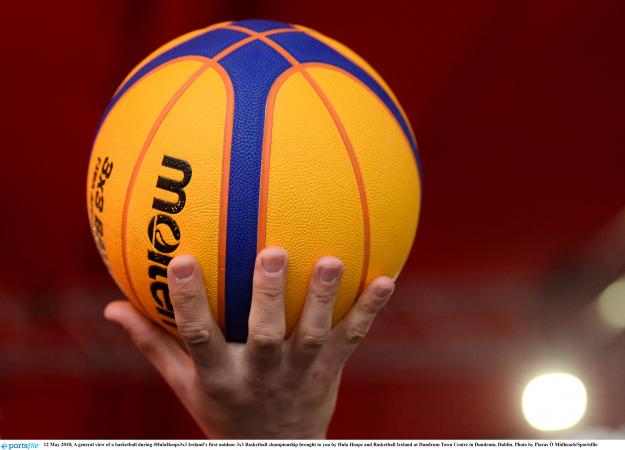 The Ireland Under 18 men’s and women’s 3x3 teams have been announced this week ahead of the 2019 FIBA 3x3 Under 18 Europe Cup qualifiers, which will take place in Rieti, Italy next weekend.
The men’s team has been drawn in a very tough Pool A alongside Germany, Croatia, Poland and hosts Italy. The team features Andrew O’Connor (Ballincollig), Aaron O’Donovan (Fr Mathews), Brendan Clark (Pallacanestro Varese) and Sam Alajiki (Kent Crusaders).
Looking ahead to the qualifiers, head coach Patrick O’Neill stated: “It was a very difficult decision to pick the team but as a coach, while that is always the toughest part, it is great to see the talent that want to play this exciting format. These guys have worked hard at every session and we are looking forward to competing in Italy.”
The women’s team has also been drawn in Pool A and will face Poland and hosts Italy in their qualifiers. The squad features Mia Furlong (Glanmire), Erin Maguire (Ulster University Elks), Kate Hickey (Waterford Wildcats) and Ciara Mulleady (Courtyard Liffey Celtics).
Also speaking ahead of the tournament, head coach Niamh Dwyer stated: “The girls have trained hard and adapted really well to the 3x3 game. I’m really looking forward to Italy and seeing them compete.”