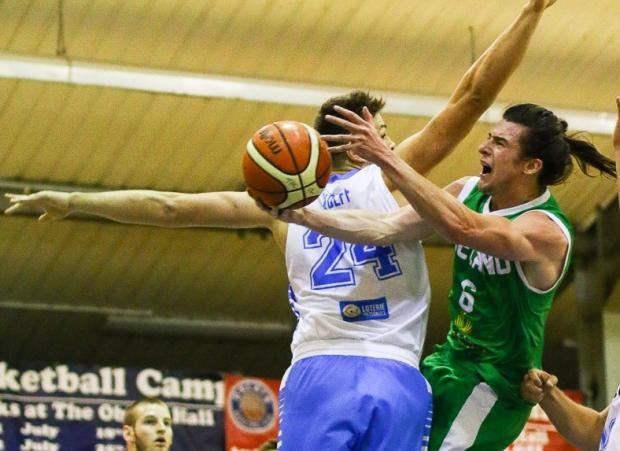 The Ireland senior men came from behind to secure a second consecutive victory against Luxembourg this afternoon, winning out 90-83 to win the two-game friendly international series.

Trailing for the opening three quarters, Ireland’s stunning fourth quarter turned the tide on Luxembourg in style to take the win in front of a large home crowd.

The game was neck-in-neck throughout with Luxembourg holding just the smallest of leads at the end of the first quarter, 26-27, after some solid play from Ireland’s Neil Randolph and Eoin Quigley from beyond the three point line..

Ciaran Roe and Barry Drumm controlled the play for Ireland from the top of the key, but Luxembourg big man, Philippe Gutenkauf was dominating under the boards, and the visitors led by four at the half, 42-46.

Luxembourg continued to apply pressure in the third quarter, despite Randolph and Roe landing a series of crucial three-point baskets.Finishing the game on sixteen points apiece, Matt Treacy and Roe kept Ireland’s scoreboard moving but Luxembourg still had their noses in front going into the last, 66-69.

A superb fourth quarter from the Irish though had the crowd in full voice, as Roe continued to assert from the top of the key, and driving through for some big scores. Top scorer Lorcan Murphy nabbed a crucial steal for a breakaway dunk and momentum went firmly in Ireland’s favour and they went on to outscore Luxembourg by 10 points in the quarter to take the win and win the series.

Speaking afterwards, head coach Mark Keenan said: “It was nip and tuck for most of the game: four points at half-time, three at the end of the third. The last four minutes of the game were just incredible. The intensity was fierce throughout and it got a bit feisty at the end. We just got the right bounces at the right time to give us momentum for that last three, four minutes. It’s just super to be able to close it out, so many times, games would have gone against an Irish side, but this time the players showed great composure, especially after winning yesterday as well, it’s always tough to repeat. We’re just delighted to get back-to-back wins against them.

“This is a brilliant positive note to finish the summer programme. We have to realise the level where we need to be starting our programme next year. We’ll be trying to really pickup where we left off today and hopefully the players will have a good season with their clubs. But I think they realise over this summer campaign between Slovakia and Luxembourg what level we need to be at to really go for it next year.”