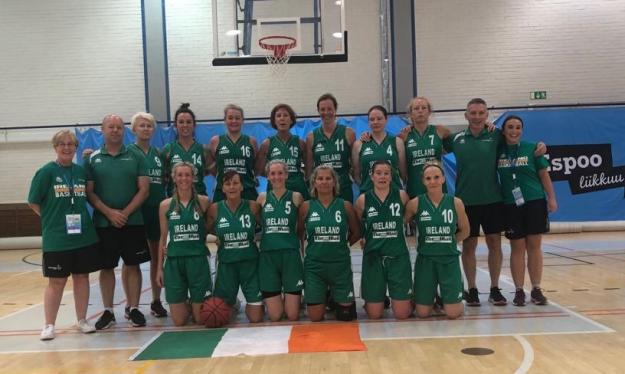 The Ireland Women’s Masters team claimed their first win of the 2019 FIMBA World Championships in Finland this afternoon after they won out 69-59 over Colombia B in the final group game of the F40+.

The game was very tight throughout the first three quarters with Ireland leading by two points at the end of the first. The second quarter remained neck-in-neck with both teams trading baskets. Colombia got some easy looks from breaking the Irish press, so a quick regroup saw the Irish back to zone defense and they led by a basket at the half, 32-30.

Ireland stepped up the defense intensity in the third quarter, and it quickly paid dividends, sending Ireland into a five-point lead going into the last quarter. The final quarter saw Ireland empty their bench with everybody seeing court time and the Irish closed out a tough physical Colombian side by a margin of 10 points to take their first win in Irish history for a women’s masters basketball team at international level.