PREVIEW: Two big tests await Ireland U20W in next round of Euros 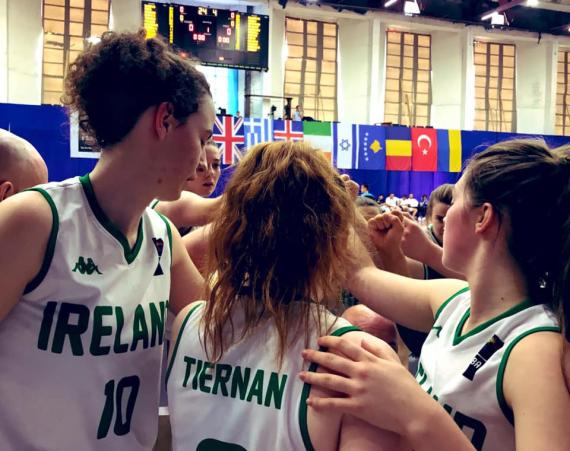 The Ireland Under 20 women’s team have two big tests ahead of them in the coming days as Round 2 of the 2019 FIBA U20 Women’s European Championship Division B tips off in Kosovo.

Ireland completed the opening round of the tournament unbeaten, topping their group with wins over Ukraine and Great Britain over the weekend. Now, they face into the second round where they go head-to-head with Israel and Croatia on Wednesday and Thursday respectively, with a spot in the semi finals up for grabs.

Ireland face a tricky task against Israel in the first game, whose fast and aggressive game has reaped big rewards for them to date. Point guard Dor Saar will be one of the players to watch for the Israelis, having put in a superb tournament to date for her side and currently leads her team in efficiency per game, points per game, assists per games and is leading the tournament stats for three pointers. Shely Sirkis and Romi Levi will also be key players for Ireland to close down inside on the day.
Ireland meanwhile are not without their stars, and will look to the likes of Dayna Finn, Claire Melia, Sorcha Tiernan and Rachel Huijdsens to be on form on the day, but with a huge depth of talent across the squad, head coach Martin Conroy is hopeful that the women in green will have too much for Israel.

“We’re really looking forward to the challenge of this next round at the Euros and the game tomorrow against Israel,” he said. “The team is in great form and can’t wait for tip off. Israel are a super team and play a fast-paced game and are very effective at getting to the basket, so we’ll have to try and counteract that and dictate the pace of the game. They’re also quite strong defensively and look after their boards very well, but while we have the utmost respect for them, we don’t fear them.

“We’ve been playing some really nice basketball since getting here, so we just need to focus now and step up another gear to reach our next goal, and hopefully we’ll come out the right side of what will be a tough battle tomorrow.”
Ireland takes on Israel at 3.30pm Irish time tomorrow (Wednesday). The game will be live streamed on the Basketball Ireland Facebook page, with live updates on the Basketball Ireland Twitter page (@bballirl).

All times are Irish times