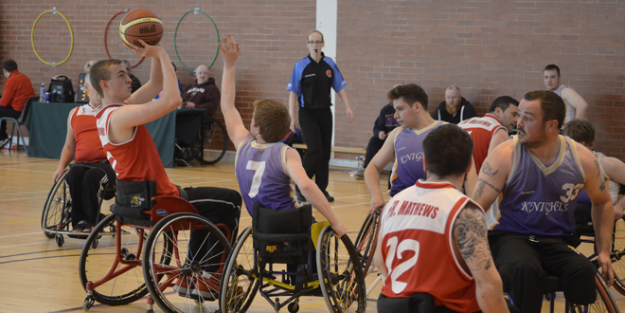 The inaugural Wheelchair Basketball National Cup Semi finals will take place this Saturday the 5th of December in IWA,Clontarf.

The prize for the winners is a final date on the Basketball Ireland National Cup Finals weekend in January 2016.

The second semi final sees two Munster teams pairing off with Fr Mathews from Cork facing off against Limerick Scorpions.

Limerick are the 2014/2015 league champions and unbeaten in the league so far this year and will be outright favourites for the competition, but like the Bulls in the first semi final, Fr Mathews will provide a good contest.

The Cup semi finals will be preceded by our âGirls Allowedâ Womenâs All Star Wheelchair Basketball match at 11am. This initiative is funded by Sport Ireland and the overall aim of the initiative is to increase female participation in the sport.

Wheelchair basketball is played in Ireland at both junior and adult level and is a mixed gender team sport. Specifically we welcome female players of any age to get involved in the sport.

To get involved or to find out about a club near you please email wheelchairbasketball@iwa.ie 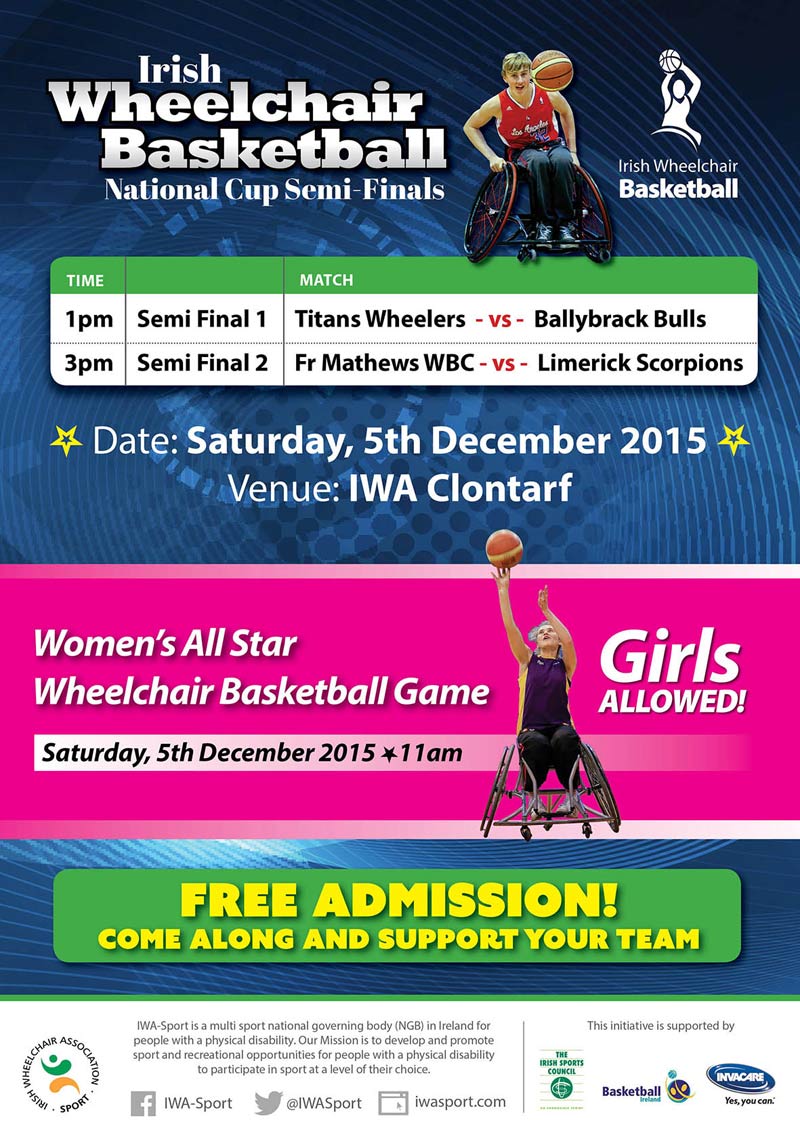