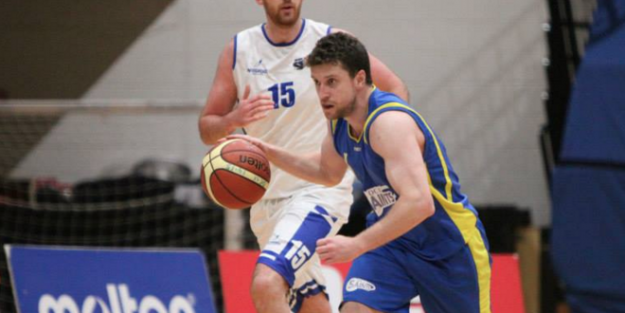 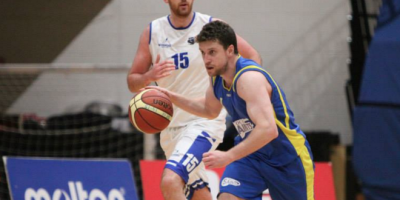 Wildcats Head Coach Mick Evans said: âThere wasnât a lot in it. They missed four free-throws in the last minute to bring it to overtime. Mark [Scannell] had set up to curtail Jazmen Boone but Cathy Kavanagh stepped up big time for us. Weâve had a lot of close games and thereâs a good bond there."
DCU Mercy extended their lead at the top of the table by beating Portlaoise Panthers while UL Huskies picked up their first away win of the season to beat Courtyard Liffey Celtics in Leixlip. Elsewhere, Meteors moved to within a single point of the playoff spots with a narrow win over Singleton SuperValu Brunell.
Duane Johnson became the first player to hit 40 points in the Menâs Premier League in 2015/2016 as DCU Saints beat UL Eagles comfortably at the National Basketball Arena. It was the Americanâs third appearance for Joey Boylanâs side since switching from Corio Bay Stingrays in Australia. âYou can see how heâs settled into the side,â said the Saints Coach. âHe can go over fellas and around fellas, but heâs clicking with his team mates now as well.â

It was a one-side side affair in the second game of the Arena Double-Headers as GCD Swords Thunder cruised past Eanna. 34 points in the first quarter alone did the damage.

Belfast Star picked up their first home win of the season at UCD Marianâs expense while Pyrobel Killester beat SSE Airtricity Moycullen to move level on points with Templeogue and C&S UCC Demons at the top of the table.

NUIG Mystics booked their place in the Senior Womenâs National Cup Final with a 77-52 win over Meteors in Galway. Mystics held a clear advantage inside but were wasted 18 put backs in the first half alone. It kept Meteors in touching distance until a switch in defence allowed the gap to develop.

Meteors were a young team who could shoot the ball really well,â said Mystics Coach Mike Murray. âWe were about to push out our defence and stop them at the perimeter. Sioban Kilkenny was injured but we were able to get everyone on the floor. Job done, really.â