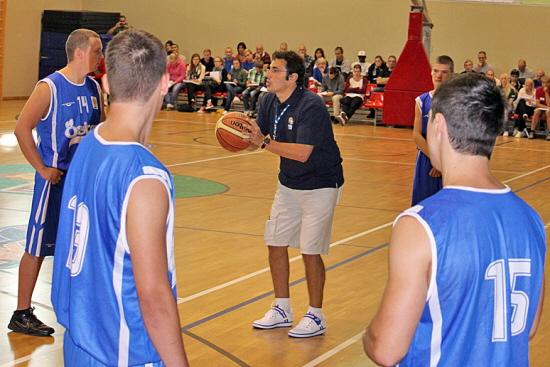 "Process & Performance over Outcome". Good leaders recognise that wins and loses are the reasons of the the processes and performances that players can replicate in games based on the hours of practice that they do over the course of not only a season but a number of seasons.

Basketball Ireland Coaching are delighted to announce that Dr. Nenad Trunic of FIBA and Serbian Basketball is returning to be the principal speaker at our annual National Conference on Saturday May 7th in the National Basketball Arena, Tallaght. The conference begins at 10.30 and will conclude with Coaching Hall of Fame presentations at 18.30.
James Weldon, FECC Graduate and formerly Head Coach of the highly successful UL Huskies and an Irish NT Coach at Underage and Senior level will also be presenting on the day.
Current U15M NT Coach Pat Price has been added to the schedule. Pat has formerly been the Head Coach of Neptune and UCC Demons in the Men's Premier League. Pat was also assistant coach to the Senior Men's NT under Jay Larranaga.
Mark Scannell, Head Coach of Glanmire in the Women's Premier League and Ireland Senior Women's NT has been added to the list of presenters. Mark is leading the Senior NT at the small countries tournament in July.
Our four presenters bring a great wealth of knowledge and experience and we are thrilled with the calibre of the coaches we have assembled.
BIC chairperson, Francis O'Sullivan is confident that coaches are in for a great day of learning, "we were thrilled with the feedback about last years conference in Galway and having Nenad Trunic back is a major bonus but to add James, Mark & Pat shows that we have quality coaches who can present at a high level".
He also added that "we were excited about the quality and variety of presenters we had last year but we think that people will leave at the end of the conference knowing that they will have learned a lot".
The cost of the conference is â¬30. Pre - registration and payment is required for the event. You can pay by card over the phone by calling 01 - 4590211.
We will also be inducting three more coaches into the BIC Coaching Hall of Fame. Last years inductees were Enda Byrt, Liam Hartigan and Sean Murphy. If you wish to nominate someone for the Coaching Hall of Fame, email coaching@basketballireland.ie with a brief statement as to why they should be inducted. The committee will then select the coaches to be inducted from the list we receive.