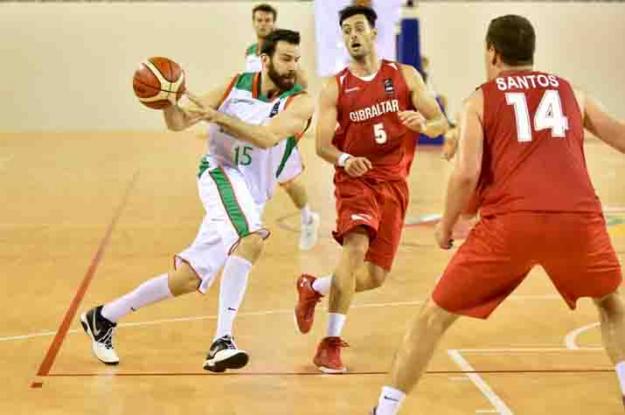 Tuesday June 28th, 2016
FIBA European Championship for Small Countries Men 2016
Group A: Ireland 102, Gibraltar 43
Chisinau, MDA
Irelandâs Group A opener at the FIBA European Championship for Small Countries was all too easy as Gibraltar went down 102-43 in Chisinau, Moldova. Irelandâs record points total of 114 scored against Gibraltar in 1988 remains intact, but this facile win at least gave the chance for 11 players to make their Senior international debuts on the teamâs return to the European stage.
Kyle Hosford connected with his first three-point attempt to open the scoring and made it a hot-start by following up with a mid-range jumper to settle the contest early. The Demons Point Guard went on to finish with a game high 15 points while Colin OâReilly finished with a double-double of 10 assists and 13 rebounds . The Player Coach is the only member of the squad to have competed previously in Europe.  Despite a near miss on a triple-double, OâReilly can be pleased with a box score that shows 20 steals and 55 points from substitutes.
A 12-0 run put Ireland on the way to a 30-14 lead for the first quarter and a similar second period had them 59-23 clear at half time.  The bench helped step on the gas again in the third quarter with a 14-0 run behind good contributions from Lorcan Murphy and Paul Dick. The outside shooting percentage held at 45% including 4 three-pointers from Irish American Brian Fitzpatrick and another pair from from Ciaran OâSullivan.
Malta are up next for OâReillyâs men and are expected to put up a much stiffer test of trophy winning credentials.
Ireland: Kyle Hosford* (15), Stephen James* (2), Ciaran OâSullivan* (8), Colin OâReilly (6)*,  Brian Fitzpatrick* (14), Adrian OâSullivan (9), Paul Dick (14), Lorcan Murphy (8), Keelan Cairns (3), Jordan Blount (10), Conor Gallagher (6), Kevin Lacey (5).
Box Score: http://live.fibaeurope.com/www/Game.aspx?acc=0&gameID=96522&lng=en
European Championship Game Zone: http://bit.ly/FIBAGZ